New Zealand judge Dame Lowell Goddard has resigned as head of the independent inquiry into child sexual abuse in the United Kingdom. 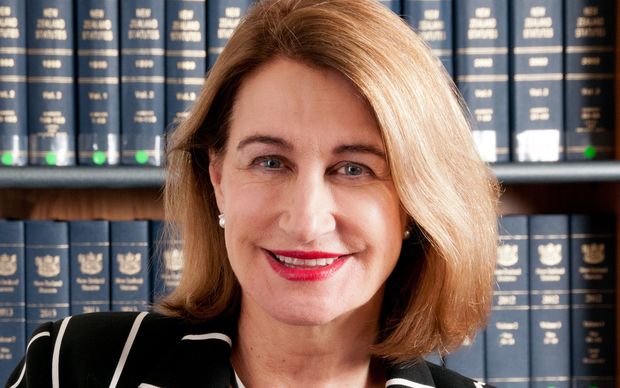 Dame Lowell, 67, was appointed in February 2015 to lead the inquiry following the resignation of two previous chairwomen.

"I can confirm that Dame Lowell Goddard wrote to me today to offer her resignation as chair of the independent inquiry into child sexual abuse and I have accepted," Home Secretary Amber Rudd said.

"I want to assure everyone with an interest in the inquiry, particularly victims and survivors, that the work of the inquiry will continue without delay and a new chair will be appointed.

"I would like to thank Dame Lowell Goddard for the contribution she has made in setting up the inquiry so that it may continue to go about its vital work."

In her brief resignation letter Dame Lowell gave no reason for standing down.

In a statement, Dame Lowell said taking on the inquiry had been an "incredibly difficult step to take, as it meant relinquishing my career in New Zealand and leaving behind my beloved family".

She said the inquiry had a 'legacy of failure which has been very hard to shake off".

"With hindsight it would have been better to have started completely afresh," the statement said. "While it has been a struggle in many respects, I am confident there have been achievements and some very real gains for victims and survivors of institutional child sexual abuse in getting their voices heard."

Last week a group campaigning for lower taxes in Britain said it was concerned the judge's salary and perks would become a precedent.

She was paid £360,000 annually, plus money for rent, utilities and flights to New Zealand each year.

The Taxpayers Alliance said lawyers representing victims feared the inquiry could drag on for decades, meaning Dame Lowell could earn millions of pounds.

RNZ's London correspondent Catherine Drew said along with speculation about her pay, there had been criticism in the past about how much time Dame Lowell had spent outside the UK in the inquiry's first year and and at the slow pace of progress.

The inquiry was set up in 2014 amid claims of an establishment cover-up following allegations that a pedophile ring operated in Westminster in the 1980s. It is to investigate allegations made against local authorities, religious organisations, the armed forces and public and private institutions, as well as people in the public eye.

At the time of Dame Lowell's appointment, Theresa May, then Home Secretary, said she was "as removed as possible from the organisations and institutions that might become the focus of the inquiry".

Ms May's first choice as chair, Baroness Butler-Sloss, had resigned because her brother was attorney general in the 1980s. Then the Lord Mayor of London, Fiona Woolf, stood down in October amid questions over her links to a former Home Secretary.

Preliminary hearings began in March at the Royal Courts of Justice in London but dates for the full public hearings are yet to be finalised.

Mr Saunders, a member of the Victims and Survivors Consulative Panel, said he was shocked and saddened at her resignation and hopes the work of the inquiry will continue.

"In my contact with [the media] in recent weeks and months I said 'for God's sake give us all, including the judge, a chance'."

Justice Goddard was appointed Deputy Solicitor-General for New Zealand in 1992 and then to the High Court bench in December 1995. She has also sat as a member of the Criminal Division of the Court of Appeal, chaired the Independent Police Conduct Authority. In June 2014 she was appointed a Dame Companion of the New Zealand Order of Merit for services to law.