Helen Clark has expressed disappointment over falling to seventh place in the second United Nations straw poll results in the race for its top job. 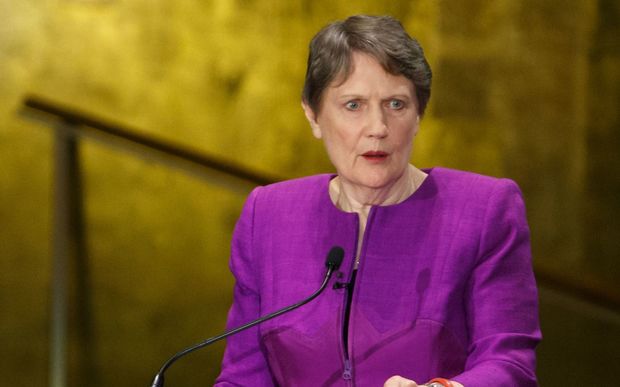 Helen Clark has failed to rank in the top five candidates in the second secret ballot for the United Nations Secretary General position. Photo: AFP

The former Prime Minister has dropped from sixth after the second UN Security Council straw poll -which is carried out in secret, and the results of which are never officially publicised.

In the first straw poll she was reported to have won eight 'encourage' votes and five 'discourage' from the 15 security council members. Two had 'no opinion'.

This time round, she won six 'encourage' votes, but eight 'discourage', with only one 'no opinion'.

Miss Clark took to Twitter to thank her fellow UN members and to say that she was both disappointed by the outcome.

She said she would be discussing it over the coming days.

Thanks to #UNSC members who supported me in 2day's vote for #NextSG . Disappointed by outcome. Discussing this over coming days. #Helen4SG

In the latest ballot the former Slovenian President Danilo Turk dropped to fourth from second while Irina Bokova of Bulgaria, the director-general of UNESCO, took fifth spot.

Despite many calls for a female successor to Ban Ki Moon, both straw polls so far have seen men win the top two spots.

Several other straw polls will be held before the council's choice is put before the General Assembly for a final vote, which is expected in October.

There are now 11 candidates - six men and five women - vying for the top job after the former Croatian Foreign Minister Vesna Pusic, who came last in the first ballot, dropped out of the race on Thursday.