If you're about to enter a sleep-deprived fugue as you stay up late to watch sports you only catch every four years (shout out to handball and trampolining), you're going to need some second-screen time.

We've rounded up some of the best - after all, what good is winning a medal if you don't have thousands of followers with whom to share it? 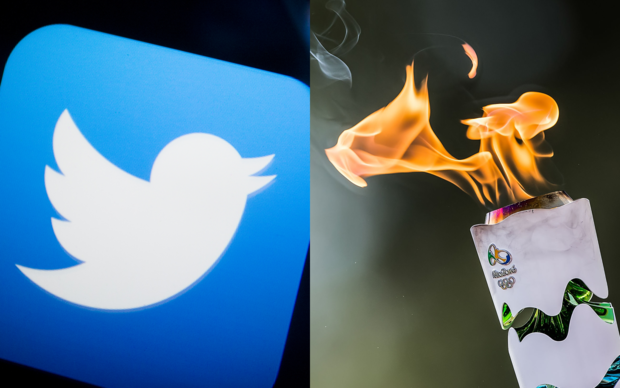 These are the accounts to follow for updates and hot takes on Rio 2016. Photo: AFP / 123RF

If what you're after is the Olympic rings in front of a sunset, the official Olympics Instagram has you covered. There's also @Rio2016_en, Rio2016 on Snapchat, and the Rio2016 Facebook page.

If history is what you're after, the Olympic Museum is tweeting about uniforms, big moments and Olympic dogs.

#VisitorsOfTheMuseum
The #OlympicPark is #dog friendly
(-> Dogs must be kept on a leash) pic.twitter.com/IE0qxXm6v8

Athletes have strict rules about what they can and can't say, but still expect lots of selfies, team photos at venues, and the occasional complaint about the food.

Gabby Douglas made history in 2012 when she became the first African American woman to win gold in the women's gymnastics individual all-around competition. She now has her own Barbie doll, and 1.1 million followers on Instagram.

Serena Williams will be playing singles and doubles with her sister Venus - defending the two golds she won in London. She'll be Instagramming and playing with filters on Snapchat as SerenaUnmatched.

The "fastest man ever timed" Usain Bolt, reigning Olympic Champion in the 100 metres, 200 metres and 4x100 metre relay, would be worth a 'like' on Facebook, or you could follow his recently unveiled Snapchat, ugoboss1919. 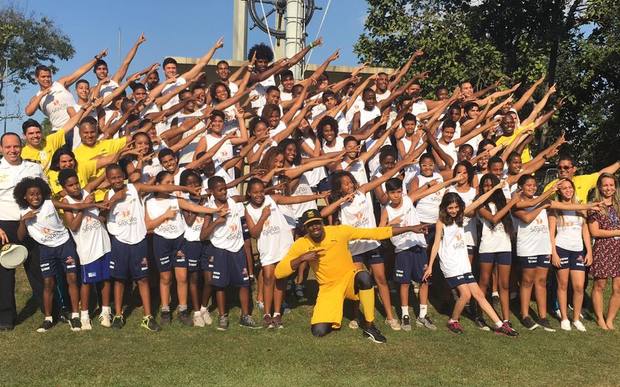 Jamaican sprinter Usain Bolt posted this photo to Facebook from Rio - saying these local children were the future, and he was happy to be there. Photo: Facebook / Usain Bolt

If longer distances are more your thing, British 5000m and 10,000m runner Mo Farah will be defending his two gold medals from London, and tweeting and snapping as Mofarah83.

Sticking with athletics, New Zealand's own Valerie Adams tweets, 'grams and Facebooks her workouts, her squad, and her baking.

British diver Tom Daley was one of the favourites of the 2012 London Olympics. On YouTube he shares vlogs, tips to stay motivated, and what he's eating in the lead-up to the games. You can also follow him on Twitter.

After an accident as a teen, Ireland's Kieran Behan was expected to never walk again, let alone return to gymnastics. Follow his Rio story over on Twitter.

Sevens is a new entrant for Rio, and you can follow the New Zealand's men's and women's teams on @NZ7s. Carlin Isles, sometimes called the fastest rugby player in the world, is pretty excited to be in Rio, and shares a lot from the USA Sevens training and behind the scenes.

Manu Ginobili is one of only two basketball players to have won a Euroleague title, and NBA championship and an Olympic Gold. Follow his bi-lingual tweets as he catches up with his NBA teammates in the athletes' village.

Possibly as many column inches have been written about US swimmer Ryan Lochte's muscles as his seven individual Olympic medals, not to mention his freshly-bleached hair for Rio. You can follow him on Twitter, Instagram, Facebook and Snapchat (Ryanlochte).

Ella Nicholas is representing the Cook Islands in canoe slalom, and will carry her country's flag in the opening ceremony. She's sharing snaps on Facebook. 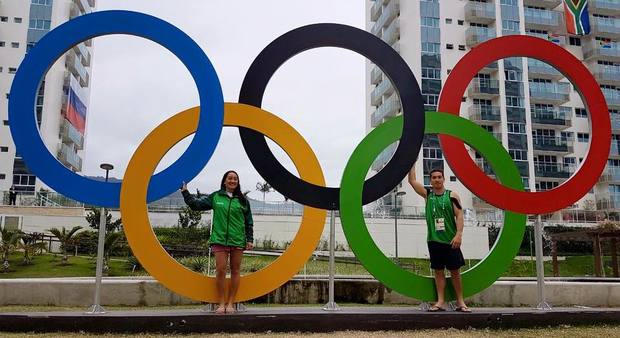 Widely regarded as the greatest footballer ever, Pelé will light the Olympic flame, and has tweeted about his excitement.

A highlight of the 2012 Olympics was actor Samuel L Jackson's often not-safe-for-work tweets. He's bound to be back at it for Rio.

Brazilian recording artist Anitta will be performing at the opening ceremony, and has been tweeting behind the scenes looks at rehearsals.

RNZ's journalists Stephen Hewson, Barry Guy and Gael Woods are in Rio and will be tweeting up a storm. We've also got a list of the New Zealand athletes and teams competing. We'll have the latest over on Facebook, and you could always bookmark our Olympics section.