An engineer at a Sydney hospital has been stood down over a fatal oxygen-mix up in the birthing unit. 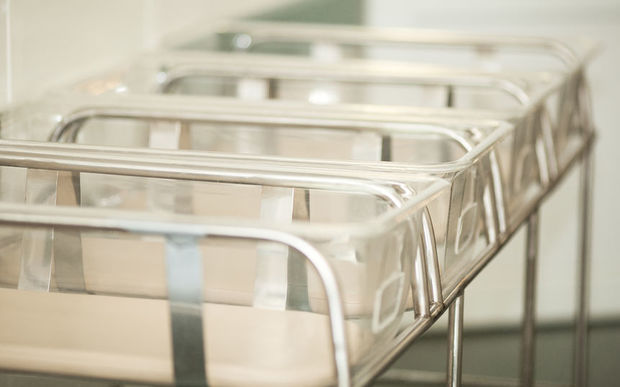 One infant died and another suffered suspected brain damaged when they were accidentally given nitrous oxide - also known as laughing gas - instead of oxygen from gas lines installed in the birthing suite.

The State Government has released an interim report into the mix-up, stating the engineer involved in commissioning the gas line had been stood down, pending the outcome of the investigation.

The interim report also confirmed NSW Health had stopped using the company BOC Ltd for installation, commissioning and testing works at all hospitals across the state until the investigation was completed.

Health Minister Jillian Skinner said it appeared both the hospital and the company that installed the gas were to blame.

Coronial inquest to examine if other staff to blame

Ms Skinner said the full investigation and a coronial inquest into the baby boy's death would help identify whether other hospital managers or staff contributed to the tragedy.

The gas lines had been installed after an oxygen bottle ran out in a birthing suite while a baby was being resuscitated in January 2014.

That baby survived the incident.

Ms Skinner said every medical gas outlet installed in NSW Health facilities over the past five years was now being checked to ensure the correct gas was being emitted.

She said a state-wide audit had also been extended to every medical gas outlet in NSW, irrespective of when it was installed.

The Minister said any future upgrade to medical gas outlets in NSW public hospitals would be required to undergo independent verification.

Ms Skinner had previously defended her handling of the matter and dismissed calls by the State Opposition to resign.

The State Opposition has declared it will move immediately for an Upper House inquiry into the incidents, saying the internal investigation the Minister ordered is inadequate.

In a statement, BOC said it was "extremely saddened by the tragic death" of the newborn and by the injury of another at the hospital.

The company said the incorrect labels on the gas pipelines were attached before their installation at the hospital.

"It was found during an inspection by police, hospital staff and BOC that both the medical oxygen and medical nitrous oxide pipelines were incorrectly labelled prior to BOC's work being undertaken at the hospital in July 2015," it said.

"The original installation of pipes was not conducted by BOC.

"The July 2015 project documentation indicates that both a hospital representative and a BOC contractor were involved in the commissioning of the single oxygen outlet where the fault was found."

The company said it would increase the level of testing in every new gas pipeline installation.

The full report is due to be completed by 25 August.