Pope Francis says there are "doubts" over the case being made against Australia's most senior Roman Catholic, Vatican finance chief George Pell, for alleged child abuse.

"There are doubts. 'In dubio pro reo'," he said, using a Latin expression meaning that a defendant may not be convicted by the court when doubts about his or her guilt remain. 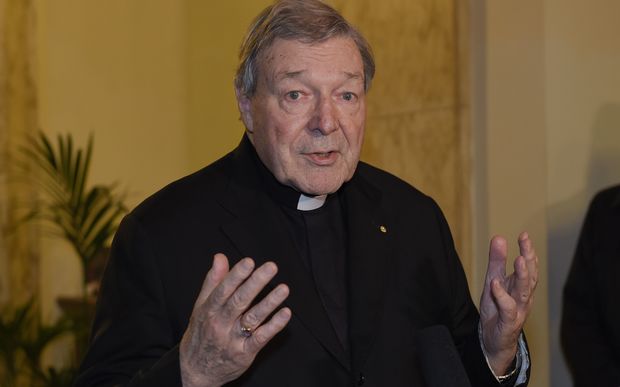 "We must avoid a media verdict, a verdict based on gossip," he told journalists aboard the papal plane during the return trip from Poland, where he had headlined a Catholic youth festival.

The ABC's 7.30 program aired the details of the sexual abuse allegations against Cardinal Pell last week.

Victoria Police confirmed it has been investigating a number of complaints for more than a year, but has not sought to interview the Cardinal, who currently serves as the Vatican's treasurer, reporting directly to the Pope.

Cardinal Pell has vehemently denied the allegations, accusing the ABC of mounting a smear campaign against him and saying the broadcaster had "no licence to destroy the reputation of innocent people".

In a statement released after the 7:30 program went to air on Wednesday night, he said he bore no ill will and had no desire to cause any harm to those making the allegations against him, but said they were wrong.

Declaring that he would not participate in a trial by media and that he had "done nothing wrong", Cardinal Pell said he was entitled to a "fair go".

He said police had not asked to interview him, and it appeared "elements" of the Victoria Police had leaked information to the ABC.

The ABC released a statement last week which said: "Victoria Police was not the source of the ABC 7.30 story.

"Nor did witnesses approach the ABC. The report was the result of our own on-the-ground journalism over the course of months, which included finding people who would be willing to talk to us on camera."

Victoria Police Chief Commissioner Graham Ashton also rejected claims the police service provided information to the ABC, saying it was clear from the 7.30 report that "the source of that information was from the [alleged] victims".

Lyndon Monument told 7.30 he had made a statement to Victoria Police alleging that when he was a boy in the late 1970s, Cardinal Pell, then a Ballarat priest, would touch him inappropriately when they were in the local Eureka swimming pool.

"You know, his hand touching your genitals and stuff on the outside of your bathers or shorts. And then that slowly became hand down the front of the pants or your bathers or whatever you call them," he said.

In his statement to police, a former school mate of Mr Monument's, Damian Dignan, made a similar allegation about George Pell's behaviour in the swimming pool.

"[He would] grab you. Around the testes, around the anus," he said.

But the wife of a former manager of the Eureka pool told 7.30 and police she never saw Cardinal Pell display any behaviour that concerned her.

The ABC reported police were also investigating a complaint Cardinal Pell abused two teenage choir boys when he was Archbishop of Melbourne in the 1990s.