Former Australian prime minister Kevin Rudd has released a series of letters in which he claims the current prime minister, Malcolm Turnbull, had promised to support his bid for the United Nations' top job as recently as December. 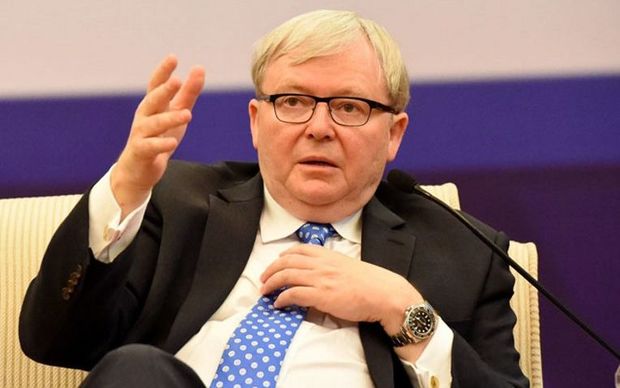 Mr Rudd made a last-minute dash to Sydney yesterday hoping to persuade Mr Turnbull to nominate him as secretary-general, but when he arrived the Prime Minister called him to say the government would not be backing him.

Mr Turnbull said the former Labor Prime Minister was "not suited" to the role.

"When the Australian government nominates a person for a job, particularly an international job like this, the threshold question is, 'do we believe the person, the nominee, the would-be nominee is well suited for that position?'" he asked.

"My judgement is that Mr Rudd is not, and I've explained to him the reasons why."

After the meeting, Mr Turnbull said he alone would make a decision on the issue, after Cabinet failed to reach a clear decision.

Yesterday evening a spokesperson for Mr Rudd released three letters Mr Rudd had sent to Mr Turnbull about the issue.

In one, dated 1 May 2016, Mr Rudd said he was shocked to learn Mr Turnbull would not be backing him, claiming he had expressed support as recently as December.

"You will recall that last September I contacted you asking for guidance on how I should address the matter of your previously stated support to me for my candidature when I met Foreign Minister Bishop at the UN General Assembly in September," he wrote.

"You in fact sent me a message on your preferred Wickr system where you stated that you and the FM were 'as one' in your support for my candidature.

"…We continued this discussion further on Wednesday 23 December in your Sydney office. Once again you stated your support for my candidature. You added that when the time came to lodge my nomination, you now wanted to take it to Cabinet to avoid the perception of a 'captain's pick'. You also said to me that the Cabinet process would not change the outcome.

".... You will understand therefore how shocked I was to receive your telephone call within the last couple of hours, just prior to your taking the matter to Cabinet in Canberra.