Australian Prime Minister Malcolm Turnbull has confirmed he will not be nominating Kevin Rudd to be the next secretary-general of the United Nations. 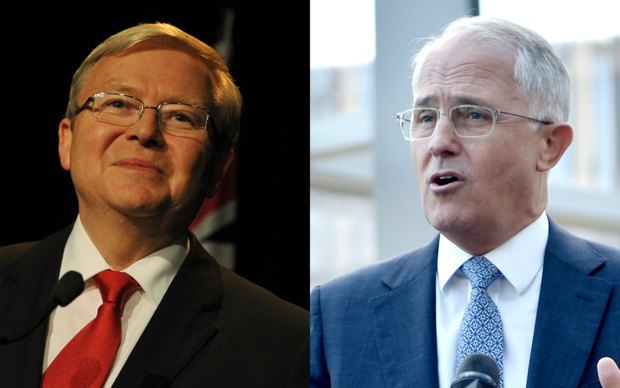 Speaking in Sydney today, Mr Turnbull said he had decided the former prime minister was not suitable for the role.

He said the federal government would not be nominating anyone.

"When the Australian government nominates a person for a job, particularly an international job like this, the threshold question is, 'do we believe the person, the nominee, the would-be nominee is well suited for that position?'" he asked.

"My judgement is that Mr Rudd is not, and I've explained to him the reasons why."

There are already 12 nominees for the position currently held by Ban Ki-moon, including former New Zealand prime minister Helen Clark.

Miss Clark has received support from New Zealand, with Prime Minister John Key lobbying on her behalf and giving funding to her campaign.

Mr Turnbull refused to be drawn on the reasons why he thought Mr Rudd was unsuitable for the role, or on whether his decision was about satisfying certain members of his party.

He said this decision was "far from the most important issue confronting the government".

Yesterday Mr Turnbull said he would make a decision on the issue after Cabinet failed to reach a clear decision.

Terri Butler, who replaced Mr Rudd as the MP for Griffith, also tweeted that "it seems Malcolm Turnbull has zero authority in his own Cabinet", following earlier comments by Acting Opposition Leader Tanya Plibersek.

Ms Plibersek said a lack of support would show that Mr Turnbull was being held "captive to the right wing" of the Coalition.

"There is no question that it is in our national interest to have an Australian in this vital role," she said.