An international tribunal at The Hague has found Australia, the United Kingdom and the United States were complicit in facilitating the 1965 mass killings in Indonesia. 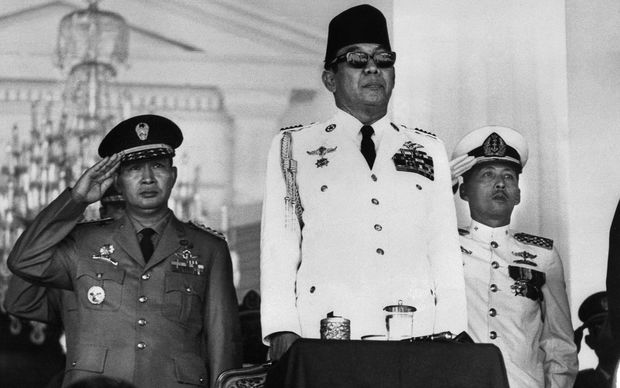 An estimated half a million people died in what was one of the worst massacres of the 20th Century.

The killings were triggered by a failed coup that led to the deaths of six army generals, followed by the mass targeting of communist groups across the country.

The International People's Tribunal at The Hague has now ruled that Indonesia committed crimes against humanity, but the finding is non-binding and carries no legal weight.

The judges found allegations of "cruel and unspeakable murders" and the "unjustifiable imprisonment of hundreds of thousands of people without trial" was well founded.

"It has also been demonstrated that sexual violence, particularly against women, was systematic and routine, especially during the period 1965 to 1967," the report said.

The judges have found Indonesia responsible for the crimes and called for the current administration to apologise, and to institute investigations and prosecutions of those perpetrators who are still alive.

"Furthermore, the archives should be opened and the real truth on these crimes against humanity should be established," the judges said.

The tribunal's report, which is non-binding, found Australia, the US and the UK complicit in using propaganda to manipulate international opinion in favour of the Indonesian army.

Australia and the UK "shared the US aim of seeking to bring about the overthrow of President Sukarno", the report said.

"They continued with this policy even after it had become abundantly clear that killings were taking place on a mass and indiscriminate basis. On balance, this appears to justify the charge of complicity."

The report detailed horrifying details of rape and torture, including accused communists being forced to drink soldiers' urine, while in other cases victims' ears were cut off and they were forced to eat them.

According to the report, other acts of torture included, burning body parts, electric shocks, water torture, pulling out of fingernails and tying victims inside a sack with snakes.

Indonesian President Joko Widodo has previously said he will not apologise for the historic atrocity, but the report argued it was his duty to do so.