A man has attacked train passengers with an axe and a knife near Wuerzburg in Germany, leaving several critically injured, German police have said. 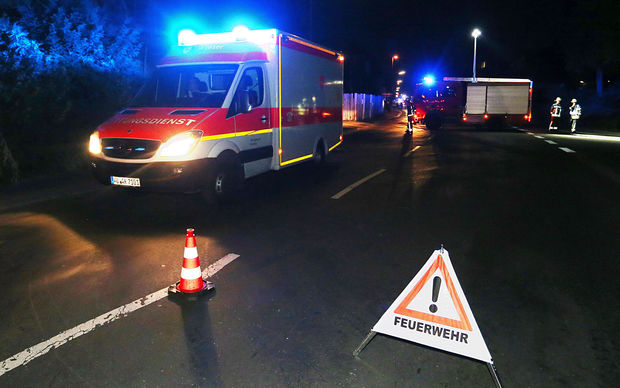 Rescuers gather on a road near the train line near Wuerzburg after the man who attacked train passengers with an axe was killed by German police. Photo: AFP

A police spokesperson said the man attacked shortly after arriving at Wuerzburg in Bavaria.

Three people were seriously injured and one suffered minor injuries in the attacks on the regional train travelling between Treuchlingen and Wuerzburg about 9.15pm local time on Monday.

The spokesperson said the attacker fled the train but was shot dead by officers.

German media quoted Bavarian Interior minister as saying the attacker was a 17-year-old refugee from Afghanistan who had been living in the nearby town of Ochsenfurt, and that his motives were unclear.

He told public broadcaster ARD the teenager appeared to have travelled to Germany as an unaccompanied minor.

Initial reports said up to 20 people had been injured but it was later revealed that at least 14 had been treated for shock.

Radio Gong also reported police had blocked the route, between Wurzburg-Heidingsfeld and Ochsenfurt.