The big four accounting firms have been branded as aggressive, unethical, and accused of "perpetrating the greatest tax crimes in history" by a leading corporate tax authority.

At least $US1 trillion in tax revenue is lost worldwide, and $50 billion in Australia, as a result of aggressive tax minimisation schemes established by the four giant firms who audit the books of nearly all the world's major companies, said George Rozvany, a 32-year veteran of the corporate tax industry.

"And I'm a conservative man, I think the figure is actually much higher," he told the ABC.

"It's very clear to me that the big four accounting firms are the masterminds of international tax avoidance. 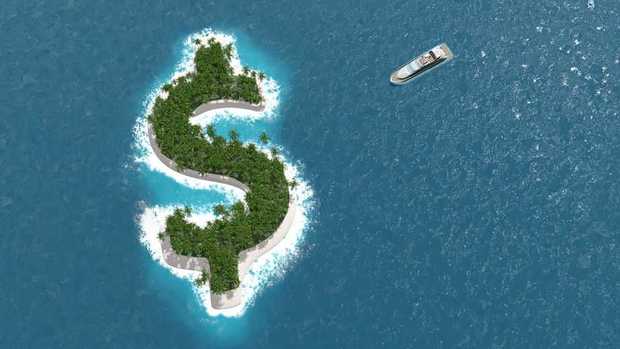 "If you set up a sham transaction in a tax haven with a view to shifting profits from a high tax jurisdiction to a low tax jurisdiction that should be considered unacceptable to the international community," says George Rozvany. Photo: 123RF

He was head of tax for chemical giant ICI in Australia as well as for the world's largest insurer, Allianz.

Mr Rozvany is Australia's most published author on transfer pricing, a technique that multinational companies are using increasingly to shift profits from high tax to low tax jurisdictions.

While his legal texts explained how to work within the law, Mr Rozvany argues that sham transfer pricing arrangements are now out of control.

"I'm talking about service arrangements, intellectual property transfers, such as patents or use of patents, and perceived transfer of goods, sham loans between related parties, but in reality it's all about providing services at too high a price which then shifts [income] to a lower tax jurisdiction."

Major firms 'simply too big', should be broken up

"They're all following the same financial sore," he said.

"Basically tax avoidance, corruption, terrorism: the money comes from somewhere. And the money typically needs to be hidden for the purpose of the perpetrators.

He cited the Luxembourg Leaks, which revealed the role of major accounting firms in global corporate tax minimisation as evidence of their aggressive tax behaviour on behalf of clients.

"Sham structures have been set up in Luxembourg, again, looking like normal commercial transactions but really with a view to being taxed in Luxembourg at 1 percent as opposed to a 25 percent or 30 percent rate in another country," Mr Rozvany observed.

"The cost to the international community is enormous."

Mr Rozvany argues that the big four should be broken up, and their tax and audit functions separated out into separate firms, a view shared by some European politicians and regulators.

He is advocating for the use of anti-trust laws to create eight separate accounting firms and eight tax law practices.

"They're simply too big," he argued.

Mr Rozvany also advocates for an "ethical tax principal" that would allow companies that adhered to established tax rules, and did not engage in aggressive tax minimisation practices, to qualify for a discounted company tax rate.

'Many things were once legal'

The head of tax at Chartered Accountants Australia and New Zealand Michael Croker disputed the critique of the big four accounting firms.

"I don't think there is an ethical free zone that these companies or their advisors can inhabit. They are closely monitored by the ATO, by other regulators," he said.

"They're backed up by a range of legislative measures which the Government has recently improved in terms of mandatory disclosures, 'come in for a chat' type legislation where these companies and their advisors have to go into the ATO and discuss their commercial arrangements and inter-company tax structures that may be suspicious in the eyes of the ATO and the community.

"So they (the big four) are very risk averse, they are very conscious of making sure they stay within the legal parameters and give advice according to the law and, increasingly, within the spirit of the law."

However, Mr Rozvany said just because something is legal does not mean it is ethical.

"It's an interesting thing, 'within the law'," Mr Rozvany said.