A Philistine cemetery has been discovered for the first time, researchers say, and it may shed some light on the mysterious archenemy of the ancient Israelites. 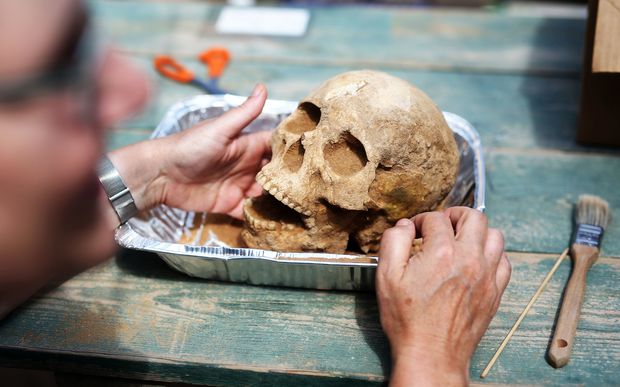 US anthropologist and pathologist Sherry Fox shows a skull discovered at the excavation site. Photo: AFP

Researchers initially discovered the approximately 3000-year-old Philistine cemetery in the city of Ashkelon in Israel in 2013.

It was finally revealed on Sunday (local time), and may yield answers to an enduring mystery surrounding the origins of the Philistines.

It comes at the end of a 30-year excavation by the Leon Levy Expedition.

Expedition leaders said they discovered 145 sets of remains in several burial rooms, some surrounded by perfume, food, jewellery and weapons. 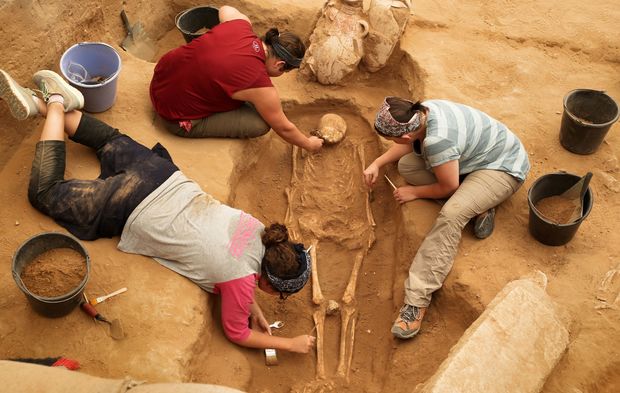 The remains date to between the 11th and the 8th centuries BC.

"After decades of studying what Philistines left behind, we have finally come face to face with the people," said Daniel M Master, one of the leaders of the excavation.

"With this discovery we are close to unlocking the secrets of their origins."

The discovery was kept secret for three years, until the end of the dig, to avoid drawing the attention of ultra-orthodox Jewish protesters, who had previously demonstrated at excavations.

The protesters took issues with the archaeologists disturbing burial sites.

"We had to bite our tongues for a long time," Mr Master said.

The Philistines appear in the Bible as the archenemy of the ancient Israelites. They are thought to have migrated to ancient Israel from lands to the West around the 12th century BC.

The best known Philistine now is Goliath, the giant warrior who, according to the Bible, was defeated by the young David before he became king. 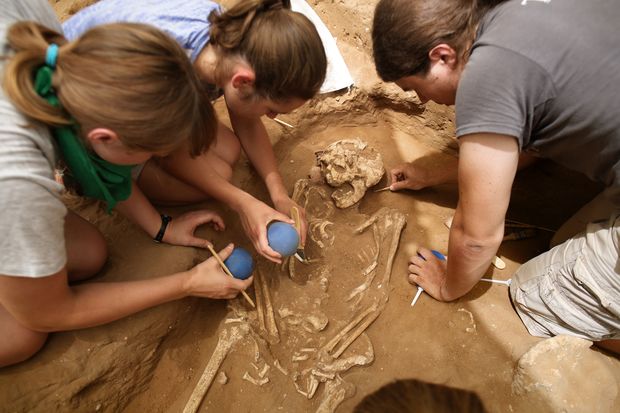 Scholars of the period differ as to the geographical origins of the Philistines, with mainland Greece, the islands of Crete or Cyprus, and Anatolia in modern-day Turkey considered.

The expedition team is now performing DNA, radiocarbon and other tests on the remains in an attempt to pinpoint their provenance.

Most of the bodies were not buried with personal items, the expedition leaders said, but next to some were perfume jugs, storage jars and small bowls.

A few individuals were buried with bracelets and earrings and some with weapons.

"This is how Philistines treated their dead, and it's the code book to decoding everything," said archaeologist Adam Aja, a participant in the dig.