There have been 47 compaints of rape and sexual assault reported in Sweden after two music festivals at the weekend. 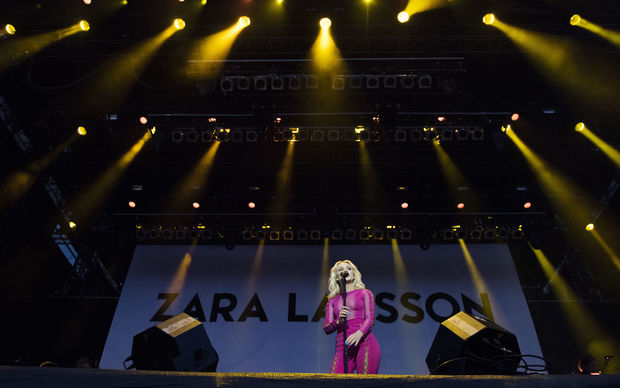 There were 35 sexual assaults reported at Putte I Parken, where the youngest reported victim was 12 years old.

A friend of one victim claimed reports were not taken seriously at Putte I Parken when security staff were alerted.

"A guy ran his hand between the legs of one of my friends," the unnamed youth told Sweden's AftonBladet newspaper.

"When she went to a bouncer, she was asked if she was drunk.

"I don't know what the bouncers are doing there if they can't help when people do this."

Another victim claimed she was held down by a young male while he "started humping against my body".

Swedish police said they were looking for several young men in connection with the attacks.

"We have five counts of suspicious rape," police at Bravalla festival said.

"In three [cases] we have interrogated three suspects. We've decided to release them. There may be an investigation into sexual offences that are not rape," they said.

Zara Larsson tweeted her disgust at the attacks.

"For those shamelessly raping a girl in the audience, you deserve to burn in hell," she said, translated from Swedish.

"Holy ****, you guys get girls to feel insecure when they go to the festival. I hate guys."

Police at Putte I Parken said they were looking for witnesses to come forward and their investigations were continuing.