The long-awaited Chilcot report into Britain's role in the Iraq war is due to be published on Wednesday, seven years after it was first commissioned by former Prime Minister Gordon Brown. 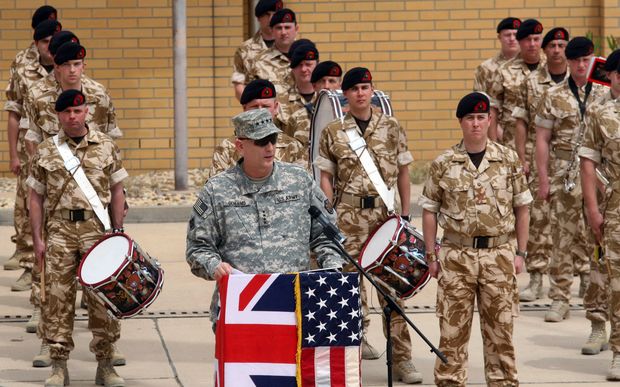 US General Ray Odierno addresses a ceremony marking the pullout of British troops from Iraq in 2009. Photo: AFP

Britain's role in the 2003 US-led invasion of Iraq and former Prime Minister Tony Blair's justification for military action in which 179 British soldiers died, is a highly charged issue for many Britons, millions of whom opposed the invasion, and still overshadows foreign policy.

It also remains a divisive issue for the Labour Party Mr Blair led, which has been plunged into crisis since Britain voted to leave the European Union last week and the report's publication is likely to reopen old wounds.

The inquiry, headed by civil servant John Chilcot, was to identify lessons to be learned from the invasion of Iraq.

One of the key issues will be the inquiry's conclusion on the legal basis for going to war, with many Britons believing Mr Blair deliberately misled the public, an accusation he denies. 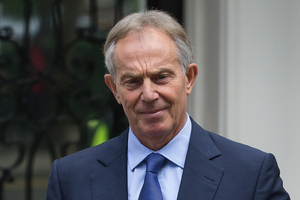 The main reason given for the invasion was that Iraqi dictator Saddam Hussein had weapons of mass destruction. The assumption has been debunked after no such weapons were found. A spokesman for Mr Blair declined to comment.

The inquiry has taken longer to complete than the British military involvement in the conflict itself, has cost well over £10 million, and runs to some 2.6 million words in length, about three times the length of the Bible or four times that of Leo Tolstoy's epic novel War and Peace.

New Zealand has deployed military personnel to Iraq twice in the past 15 years, but not in a combat role.

The government last month extended its current military training operation in Iraq by 18 months, with the existing deployment of up to 143 defence personnel staying until November 2018.