The number of people killed in Sunday's suicide bomb attack in the Iraqi capital Baghdad has risen to 165, interior ministry officials have said.

The government has declared three days of mourning after the huge blast, which injured 225 others. 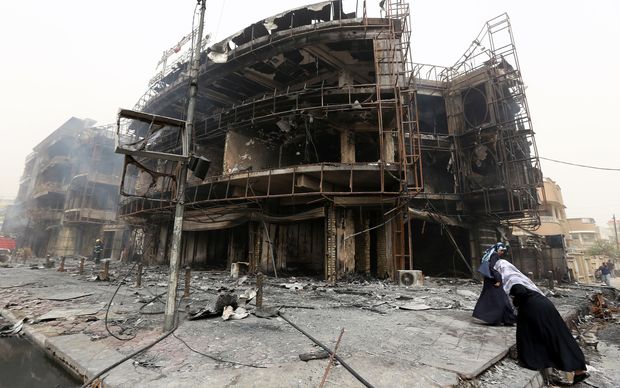 A lorry packed with explosives was detonated in the Karrada district while families were shopping for the holiday marking the end of Ramadan.

It is believed to be the deadliest single bomb attack in Iraq since 2007.

Rescuers said whole families had been killed. Many people were badly burned.

The mainly Shia area was busy with shoppers late at night because it is the holy month of Ramadan.

Iraq's Prime Minister Haider al-Abadi was met by angry crowds while visiting the scene of the blast on Sunday.

His office said Mr Abadi understood the reaction of residents and would increase security by banning "magic wand" fake bomb detectors and improving vehicle inspections at roads into the city.

The fake bomb detectors, some based on cheap devices for finding golf balls, were sold in large numbers to Iraq by several different fraudsters.

The UK banned their export to Iraq in 2010 and several other fraudsters received prison sentences. Despite warnings that the devices were useless, the Iraqi security forces continued to use them. 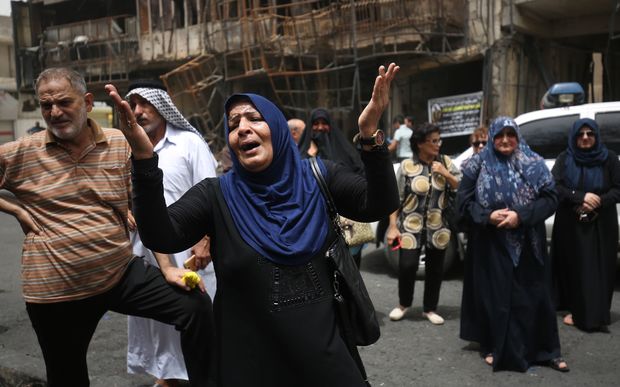 As night fell on Sunday, teams of workers were still clearing debris from the site and searching the charred remnants of buildings.

The bombing at around midnight on Saturday came a week after Iraqi security forces recaptured the city of Falluja from Islamic State (IS) militants. Authorities say the city was used as a launch pad for attacks on Baghdad.

The jihadist group, which follows its own extreme version of Sunni Islam, said in an online statement that it carried out the attack. 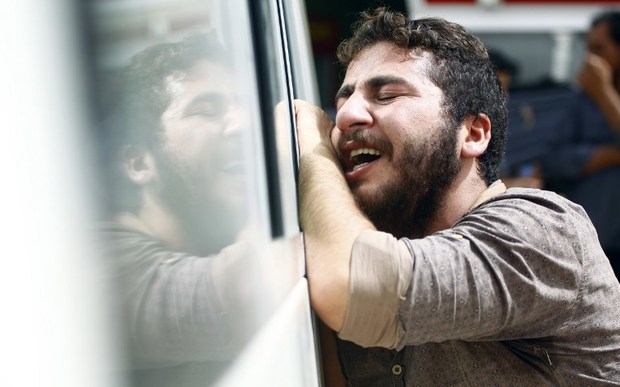 An Iraqi man mourns during the funeral procession for victims of the Karrrada bombing. Photo: AFP

Reports said a refrigerator van had been packed with explosives and left near the popular al-Hadi Centre.

Footage from the minutes just after the blast showed the whole area engulfed in flames.

A second bomb also exploded at about midnight in a predominantly Shia area north of the capital, killing another five people.

Police in Baghdad said the dead included at least 15 children and six policemen. At least 12 other people were missing, feared dead.

Iraq's highest Sunni religious body, the Association of Muslim Scholars in Iraq, called the bombing a "bloody crime, regardless of who carried it out or what their motivations were".

There are reports that the source of the blast in Karrada, which struck close to midnight, was a refrigerator van packed with explosives.

A video posted on social media showed a large blaze in the main street after the blast. Footage taken in the morning showed at least four buildings severely damaged or partly collapsed.

"We need a number of days to be able to recover the bodies of victims. It is a difficult task," a member of the civil defence forces quoted by AFP news agency said.

A roadside explosive device also blew up around midnight in a market in al-Shaab, a popular Shi'ite district in the north of the capital, leaving at least two killed, police and medical sources said. 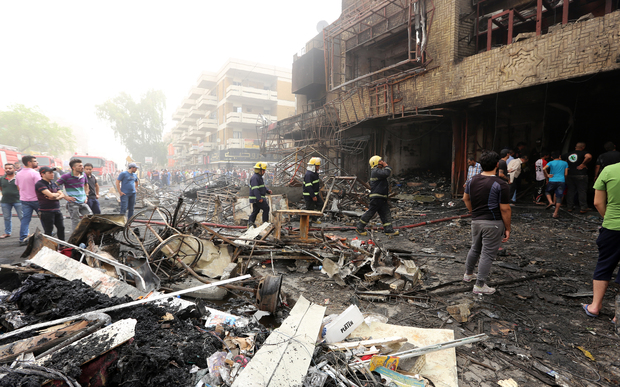 But the group has been under pressure in Iraq and in neighbouring Syria, where it has been targeted by government forces and US-backed rebels.

Deadly IS attacks this year