Twenty people, most of them foreigners, were killed during an attack by suspected Islamist extremists on a cafe in Bangladesh, officials say. 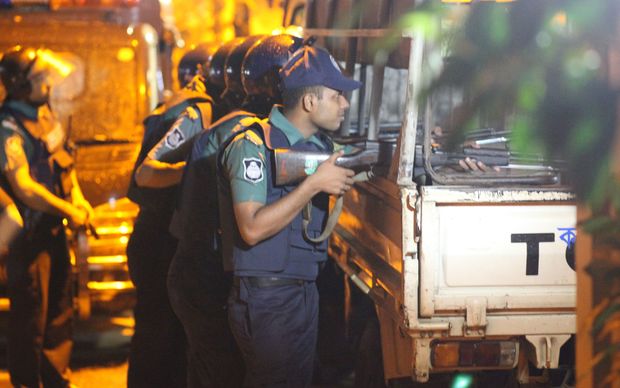 Bangladeshi police stand guard outside the Holey Artisan Bakery cafe in Dhaka, where the siege is taking place. Photo: AFP

Six of the attackers were also killed and one was arrested, a government spokesman said. The attack was claimed by the so-called Islamic State (IS).

Most victims were reportedly from Italy and Japan, and some of those rescued were from Japan and Sri Lanka. One young Indian woman was reported to be among the dead.

The Ministry of Foreign Affairs and Trade said earlier today there had been no reports of New Zealanders caught up in the standoff.

In the latest developments:

The siege began as diners were gathering to break their fast during the Muslim holy month of Ramadan.

"It was an extremely heinous act," Prime Minister Sheikh Hasina said in a televised statement. "What kind of Muslims are these people? They don't have any religion.

"My government is determined to root out terrorism and militancy from Bangladesh." 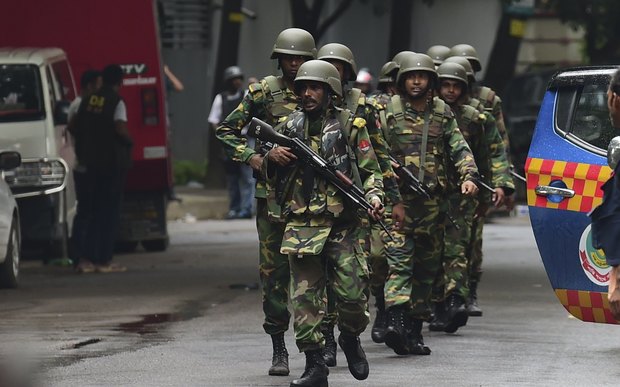 Bangladesh's Daily Star newspaper said the gunmen tortured anyone who was unable to recite the Koran. They provided meals overnight for only the Bangladeshi captives, it said.

Sumon Reza, a supervisor at the cafe, was in the restaurant in Gulshan district when the attack began, but managed to flee to the roof.

"The whole building was shaking when they set off explosives," he told media in Bangladesh. He later jumped off the roof and escaped.

"From 08:00 it all started," said Rashila Rahim, who lives near the cafe. "Gunshots, tank sounds... It was like we were in the middle, and gunshots from all around."

The attack began when a group of armed men burst into the cafe in the diplomatic area of the city at about 21:20 (13:20 GMT) on Friday and opened fire.

Media reports quoted witnesses as saying that "Allahu Akbar", meaning "God is great", was heard as the militants entered the cafe, which is popular with expatriates, diplomats and middle-class families.

A statement on the IS' self-styled news agency Amaq said militants had attacked a restaurant "frequented by foreigners". It said that more than 20 people "of different nationalities" had been killed but this has not been confirmed.

Lt Col Tuhin Mohammad Masud, commander of the Rapid Action Battalion, told Associated Press the gunmen did not respond when asked to negotiate. It was unclear if they made any demands. 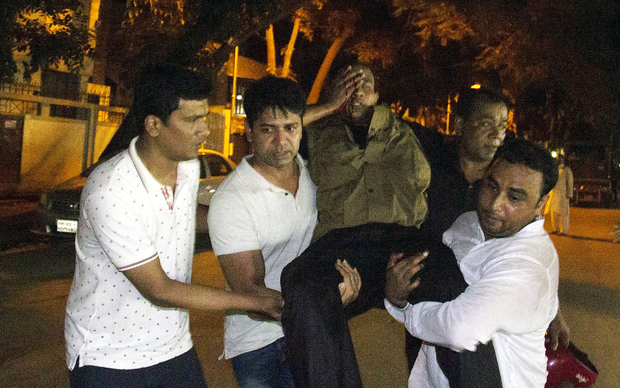 The attack comes after a spate of murders of secular bloggers, gay activists, academics and members of religious minorities, blamed on Islamist militants.

The cafe is described as being popular with expatriates, diplomats and middle-class families. 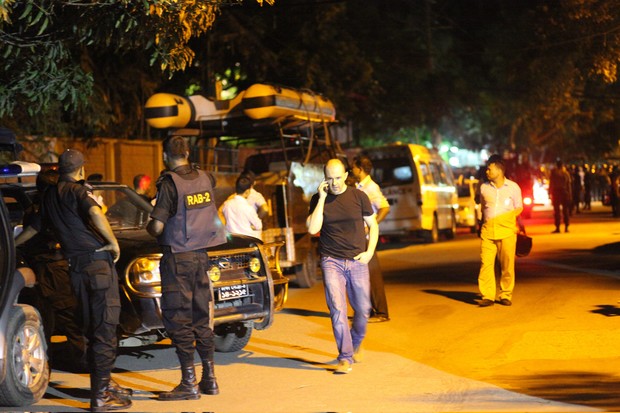 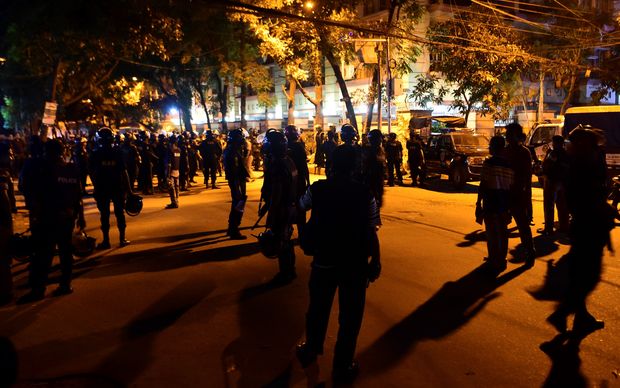