Brexit - British financial markets remain volatile in the wake of the vote to leave the European Union, with the UK stripped of its AAA credit rating and sterling at a 31-year low against the dollar. 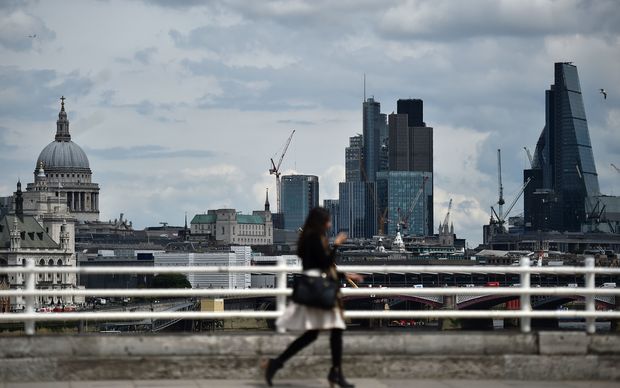 S&P has downgraded the UK to AA and has a negative outlook after the Brexit vote.

"This outcome is a seminal event, and will lead to a less predictable, stable, and effective policy framework in the UK"

The pound fell 3.2 percent against the American dollar to $US1.32, having earlier hit a fresh 31-year low of $1.315, sinking below the level it had fallen to on Friday when it recorded its biggest one-day fall ever against the dollar. Against the euro, it was down 2.6 percent.

Yields on 10-year government bonds have also sunk below 1 percent for the first time.

Shares in airlines, housebuilders and banks have been the worst hit, with sharp falls causing a momentary halt in trading as automatic circuit breakers kicked in.

The falls came despite efforts from Chancellor George Osborne to try and calm the markets.

In a statement before the financial markets opened - his first since the referendum result - the chancellor said Britain is ready to face the future "from a position of strength".

He also indicated there would be no immediate emergency budget.

On the stock markets, the benchmark FTSE 100 index closed down 2.6 percent, while the FTSE 250 index, which mostly contains companies that are more UK-focused, closed down 6.96 percent on Monday after sliding 7 percent on Friday.

The falls were the biggest daily percentage falls since 1987.

Stocks on Wall Street also fell. By midday the Dow Jones was down 1.5 percent, the S&P 500 dropped 1.7 percent and the Nasdaq lost 2.2 percent.

Shares in financial firms were the most affected, with Barclays closing down 17.4 percent and Royal Bank of Scotland plummeting 15.1 percent.

The dramatic volatility caused trading in both firms to be briefly suspended in early trade. 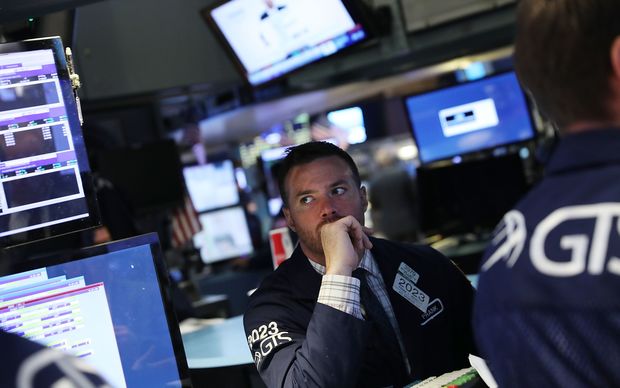 Property shares were also badly hit, prompting a trading halt, on worries that the decision to leave the EU would hit the housing market.

The return on UK government bonds - known as the gilt yield - fell to its lowest level ever on Monday.

The yield from a 10-year gilt dropped below 1 percent for the first time - hitting 0.993 percent in morning trading.

In his statement before the markets opened, Chancellor George Osborne said there would still need to be an "adjustment" in the UK economy, but added it was "perfectly sensible to wait for a new prime minister" before taking any such action.

Mr Osborne's also spoke about the process of the UK's departure from the EU, saying only the UK can trigger Article 50 - the procedure for a member state's departure, which will be used for the first time.

"In my judgement, we should only do that when there is a clear view about what new arrangements we are seeking with our European neighbours," he said.

Former Bank of England governor Lord King, who steered the Bank through the 2008 financial crisis, said there was no reason for people to be particularly worried.

"Markets move up, markets move down. We don't yet know where they will find their level and the whole aspect of volatility is that there is a trial and error process going on before markets discover what the right level of stock markets and exchange rates actually are," he told the BBC.

"What we need is a bit of calm now, there's no reason for any of us to panic."

Stock markets plunged on Friday, with more than $US2 trillion (£1.5 trillion) wiped off the value of global stock markets, according to Standard and Poor's Dow Jones Indices.

That was the biggest one-day loss in market value - even greater than the value wiped out following the collapse of Lehman Brothers during the 2008 financial crisis, Standard and Poor's calculated.