British politicians have been making their final pitches to voters before the historic referendum on whether the country should stay in the EU.

Prime Minister David Cameron and opposition Labour Party leader Jeremy Corbyn told rallies in Bristol and London that a Remain vote in Thursday's poll would mean the UK was safer and better off. 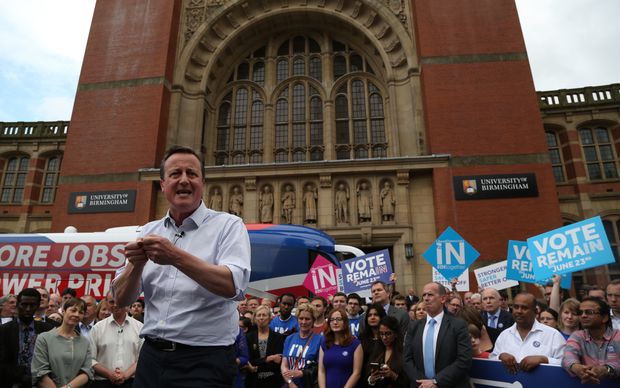 Britain's Prime Minister David Cameron campaigning in Birmingham the day before the vote on whether to stay in the EU. Photo: AFP

But Boris Johnson, former London mayor and 'Leave' campaigner, said a vote to leave would show people "believe in our country".

More than 46 million people are eligible to vote in the referendum - the first vote on the country's membership of the European Union for more than 40 years.

Referendum polls suggest that the result still hangs in the balance - with the latest to be released showing the two sides are still neck and neck. 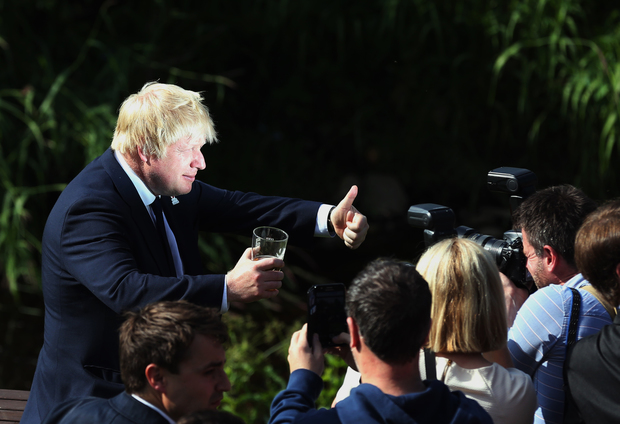 "Vote Leave" campaigner Boris Johnson on a whistlestop tour of the country on Wednesday. Photo: AFP

European Commission chief Jean-Claude Juncker warned there would be no further renegotiation whatever the result on Thursday, after EU leaders reached a deal on a new settlement for Britain in February.

The four-month campaign is reaching a climax with last-minute appeals to undecided voters from both sides.

Mr Cameron said the decision will be irreversible and there would no coming back if the UK voted to leave.

"You can't jump out the aeroplane and then clamber back through the cockpit hatch," he told the BBC.

Leaving the EU would be a "massive problem" for the UK, he said, doing "untold damage" to economic growth, jobs and family finances and hindering the opportunities and life chances of future generations.

Mr Cameron said he "did not believe there were any risks from staying" in the EU, saying the eurozone was beginning to recover economically and this would have an effect on levels of migration into the UK after what he said was an "abnormal period".

Boris Johnson and other Leave campaigners said only a vote to leave the EU could give the UK the freedom it needed to set its own course, rejecting the economic forecasts suggesting the country would face a downturn following Brexit.

Speaking in London's Billingsgate fish market ahead of embarking on a whirlwind tour of England, the former mayor of London urged people to "believe in our country" and seize the moment.

"It's time to have a totally new relationship with our friends and partners across the Channel. It's time to speak up for democracy, and hundreds of millions of people around Europe agree with us. It's time to break away from the failing and dysfunctional EU system."