A man has been arrested amid an anti-terror operation sparked by a bomb scare at a shopping centre in Brussels, authorities say. 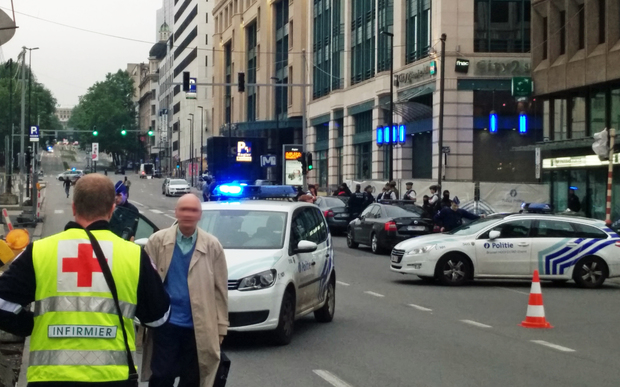 Police pictured at the scene of a bomb alert in the City2 shopping mall. Photo: AFP

The man had called police earlier in the morning and said he was wearing explosives, Belgian media reported.

Several reports citing security services have since said no explosives were found on him.

Streets around the City 2 shopping centre were closed off, and a bomb disposal unit was at the scene.

"For the moment, the situation is under control," Prime Minister Charles Michel said after a meeting at the national crisis response centre, according to daily newspaper Le Soir.

Belgium's terror alert level remained at three, one step down from its maximum level of four.

Bomb attacks on a Brussels airport and the city's metro killed 32 people in March and were claimed by the Islamic State group.