At least 12 Australians were injured when their tour bus collided with a bus carrying locals last night. No New Zealanders were injured.

This morning Vanuatu Daily Post reported three people who had been travelling in the local bus had died from their injuries.

The vans that make up Port Vila's bus service line up along the main street. Photo: RNZI / Jamie Tahana

The Australians had arrived in Vanuatu on board the P&O cruise ship Pacific Dawn.

Earlier, P&O spokesman David Jones said the injured Australians were being airlifted out of Vanuatu for treatment.

"In terms of the Australian passengers, 12 had significant injuries and 10 of those were at a level where we thought it was best to arrange air ambulance evacuations to Noumea and to Brisbane," he said.

Mr Jones said airlifts had been underway throughout the night to transport the Australians to Noumea or Brisbane for specialist treatment.

Three people had already arrived in Noumea for care and others will be flown to Brisbane today.

"It's fair to say that the Australian passengers were receiving excellent care in Vanuatu, but this is a very big event for Port Vila, so we thought the best way to deal with the situation was [to] airlift our guests back to Noumea for specialist care there or back to Brisbane for specialist care."

The air ambulance, along with a critical care doctor and two flight nurses, is expected to return later today with two people involved in the crash.

The two patients will be taken to Royal Brisbane and Women's Hospital, CareFlight said in a statement. 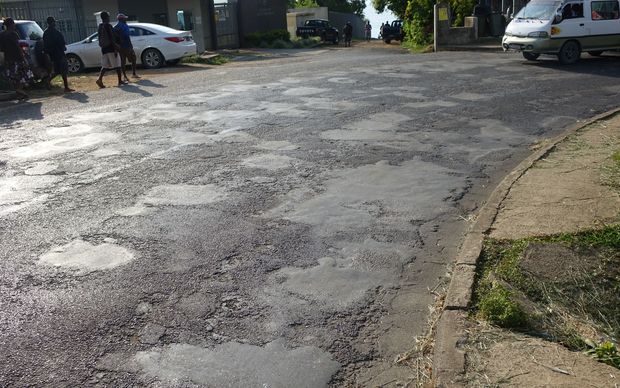 The condition of many roads in Port Vila are of a poor quality, with many potholes. Photo: RNZI / Jamie Tahana

Michael Smith, from the air ambulance company Medical Rescue, said some of the tourists had serious head injuries and multiple fractures.

"Please be assured that we have made direct contact with the families of all the guests injured in the road accident," P&O Cruises Australia said in a Facebook post.

"Reports from Port Vila are that our guests are being cared for well at the local hospital and medical centre while the airlift continues.

"Our thoughts are with our guests and families at this time and also with members of the Ni Van community who were injured."

According to Vanuatu Daily Post, the busload of Australians were returning from a tour at the Ekasup Cultural Village when the crash occurred.

P&O Cruises Australia said the ship would remain in Port Vila until the medical transfers were complete.

The Pacific Dawn 11-night cruise departed Brisbane on 14 June and Port Vila was the fourth port stopover of the trip. The cruise was scheduled to also visit Mystery Island and Isle of Pines before returning to Australia.

The ship is expected to depart Port Vila about noon today, but it is unclear whether the ship will make the rest of its scheduled stops.