Actor Anton Yelchin, known for playing Chekov in the new Star Trek movies, has been killed in a freak car accident. 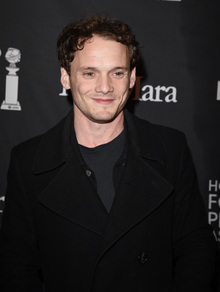 A vehicle struck him after rolling backwards down the drive at his Studio City home, about 1am, pinning him against a brick postbox pillar and a security fence.

"The victim was on his way to meet his friends for a rehearsal and when he didn't show up, his friends went to his house where they found him deceased by his car," spokesperson Jennifer Houser told CNN.

The actor's family was notified by the friends who found him, she said.

Directors and fellow actors paid tribute to Yelchin as talented and a 'true artist', with actor John Cho appealing to his followers on Twitter to send their love to Yelchin's family as "they need it".

I loved Anton Yelchin so much. He was a true artist - curious, beautiful, courageous. He was a great pal and a great son. I'm in ruins.

Anton was a sweetheart. Absolutely a great creative partner and artist.

The Russian-born actor, whose parents emigrated to the United States when he was a baby, was known, along with his Star Trek role, for parts in Hearts in Atlantis, the Fright Night remake and Like Crazy.