Disaster relief specialists want people to stop sending used clothes and other items in the wake of a natural disaster. 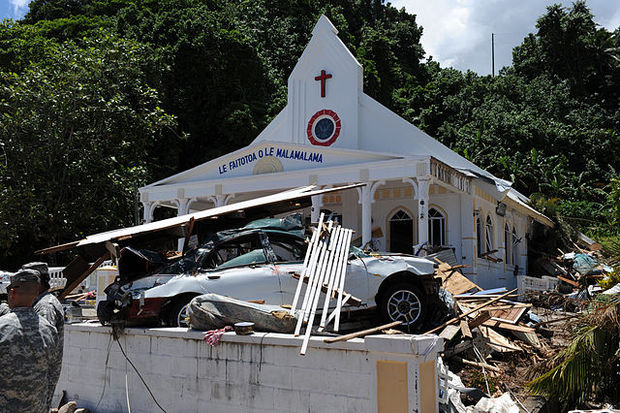 Damage from the 2009 Tsunami in Samoa Photo: Supplied

The Asia Pacific is the world's most disaster-prone region. In the past 45 years 88 percent of all people affected by natural disasters have been in this part of the world.

Ms Emery said people around the world filled up containers and sent them to Samoa where they got in the way of the relief effort.

"Often borders can be clogged up with second hand clothes - in Samoa we saw a whole shipment of bathtubs that were sent over, and there was a huge amount of bras as well.

"In Samoa they are still getting rid of those goods today, and it actually ended up costing the government about $2 million."

Ms Emery says it is always better to send cash which can be distributed more quickly and evenly.