A court in Qatar has convicted a Dutch woman of having sex outside marriage after she told police she was raped. 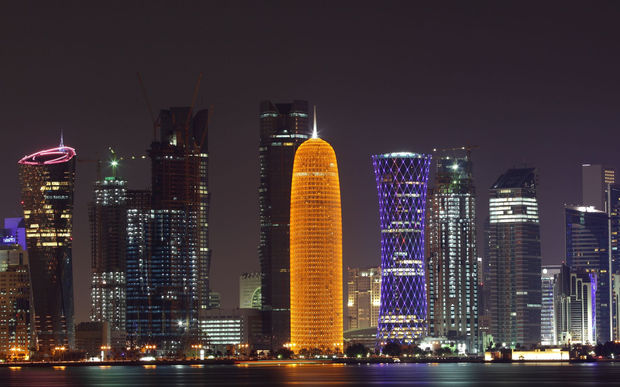 The woman, who has been in custody since March, will be deported once she has paid a fine. Photo: 123RF

The 22-year-old was handed a suspended sentence and fined $US824. She will also be deported.

The woman has been detained since making the allegation three months ago, but her case only came to light over the weekend when her family decided to go public.

Her lawyer said her drink had been spiked at a Doha hotel in March and she had woken up in a stranger's flat, where she realised she had been raped.

Her alleged attacker, who said the sex was consensual, was sentenced to 100 lashes for having sex outside marriage.

He will be given a further 40 lashes for consuming alcohol.

The Dutch ambassador to Qatar, Yvette Burghgraef-van Eechoud, said after Monday's court hearing that she expected the woman to leave Qatar within days.

"We will do everything to get her out of the country as soon as possible to where she wants to go," she told AFP news agency.

Court officials said she would be deported once the fine was paid.

The woman was arrested by Qatari police immediately after reporting that she had been raped on the night of 15 March, as was the alleged assailant.

During a holiday in the emirate, she went out with a friend for drinks at a hotel where the sale of alcohol was permitted, according to her lawyer Brian Lokollo.

"She went dancing but when she returned to the table after the first sip of her drink, she realised someone had added something to her glass," he said.

The woman did not feel very well and she later woke alone in an unfamiliar flat and "realised to her great horror that she had been raped", Mr Lokollo said.

Doha-based lawyer Najeeb al-Nuaimi, Qatar's former justice minister, told the Qatar-based broadcaster Al Jazeera the woman's lawyers would have had to prove there had been "no voluntary actions" between her and the man for him to be charged with rape.

Even if they had been seen walking together, the authorities might have doubts any sexual activity was non-consensual and instead prosecute both for having sex outside marriage, which is known as "zina" under Islamic law, Mr Nuaimi said.

Article 281 of Qatar's penal code states: "Whoever copulates with a female over 16 without compulsion, duress or ruse shall be punished with imprisonment for a term up to seven years. The same penalty shall also be imposed on the female for her consent."

According to media reports, dozens of people convicted of zina have been given flogging sentences since 2004, including at least 45 between 2009 and 2011.

The case of the Dutch woman raises further questions about how the Qatari authorities will deal with the thousands of Western tourists expected to travel to the country for the 2022 Fifa World Cup, many of whom may be unfamiliar with its laws.

In 2013, a Norwegian woman in the United Arab Emirates was given a 16-month prison sentence for perjury, extramarital sex and drinking alcohol after she told police she had been raped. She was later pardoned and allowed to return to Norway.