The jockey who won last year's Melbourne Cup says she has lost her memory of the win. 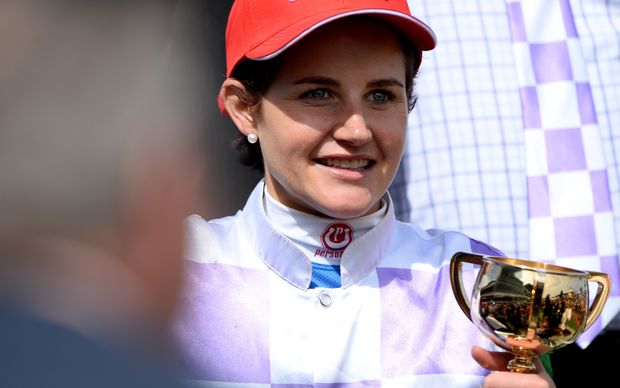 Michelle Payne was injured in a fall during a race in northern Victoria last month and was airlifted to Melbourne for surgery on her pancreas, which split when the horse ran over her.

She said she did not remember hitting the ground, nor could she remember winning the Melbourne Cup on Prince of Penzance last November.

She was the first female jockey to have won the Cup.

"I remember falling and I remember thinking I held on too long ... I was too far gone and around the horse's neck, which put me in a position to fall underneath her and she did run over me," Payne said.

She said she had to look up the race on the internet to find out what had happened.

Her surgeon saved three quarters of the severed pancreas, sewing it to her stomach.

Payne has previously said she did not want to be pressured into commenting on her future in racing.