A seagull scavenging near a British food factory has been rescued after falling into a vat of curry. 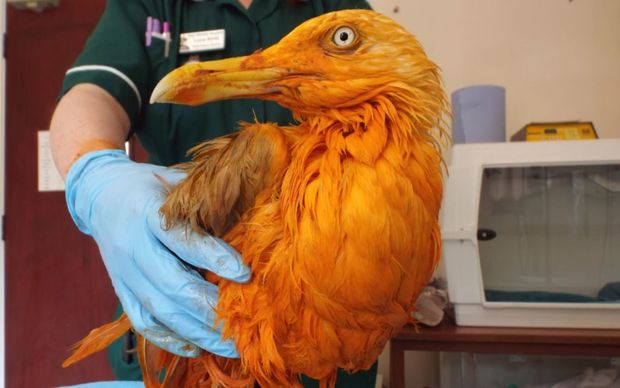 The seagull was covered in curry when it fell into a vat. Photo: YouTube / Vale Wildlife Hospital

The bird fell into a container of chicken tikka masala while trying to scavenge a piece of meat from a bin in the town of Tewkesbury.

It was rescued by workers at the undisclosed site in south-east Wales and picked up by a volunteer for the nearby Vale Wildlife Hospital.

Staff at the centre used dishwashing liquid to clean the gull's feathers. 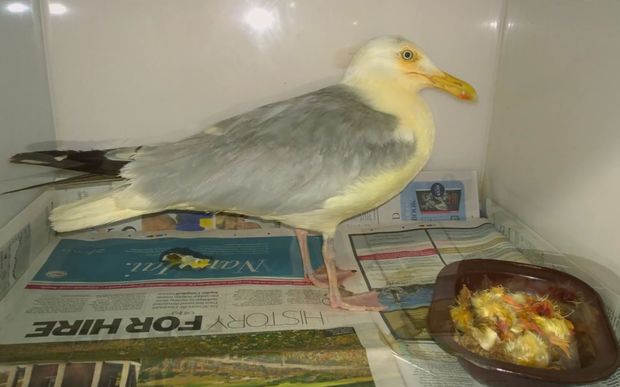 Dishwashing liquid was used to clean the gull and it was kept at the hospital to recover. Photo: YouTube / Vale Wildlife Hospital

They managed to return him back to his original white colour but had not been able to wash away the smell.

Lucy Kells, a veterinary nurse at the hospital in Worcestershire, said: "He really surprised everyone here - we had never seen anything like it before.

"The thing that shocked us the most was the smell. He smelled amazing, he really smelled good."

The bird, which was not injured by its fall, was being kept at the hospital while it built up its strength.