A Hindu priest in Bangladesh has been hacked to death in what police suspect is the latest in a spate of attacks by Islamist extremists on minority groups. 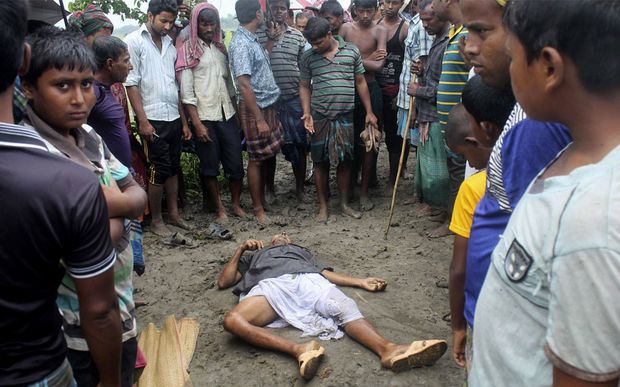 They said Ananta Gopal Ganguly, 70, was killed by three attackers on a motorcycle.

His body was found in a field near his temple in western Jhenaidah district, about 160km west of the capital Dhaka.

Since February last year, militants have killed more than 30 people in Bangladesh, including members of religious and sexual minorities, liberal bloggers, and academics.

"The intensity of the killings that are being done randomly is something that we are all very concerned and worried about."

Critics say the government is in denial about the killings, most of which have been blamed on or claimed by Islamist extremists.

Separately, police have killed three suspected Islamist extremists in a crackdown on militants blamed for the murders.

Two alleged members of the banned Jamaat-ul-Mujahideen Bangladesh were shot dead in Dhaka when police raided a home in the city. Police said unidentified gunmen opened fire on them.

A third - said to have been linked to a recent bombing of an Ahmadiya mosque - was killed in western Rashahi district.