The mother of a three-year-old boy who fell into a gorilla enclosure at Cincinnati Zoo in the US will not face charges, prosecutors have said. 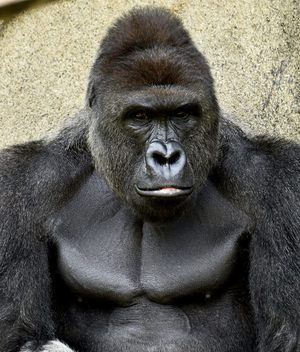 The boy climbed through a fence before falling and then appeared to be dragged across a moat in the enclosure by a gorilla, named Harambe.

Staff members shot the animal dead, sparking a furore over whether the mother should be held accountable.

Prosecutor Joe Deters said the mother was not to blame for the incident.

He said the child had "scampered off" while the mother had been looking after her three other children.

She "did not act in any way where she presented this child to some harm", Mr Deters said.

After the prosecutors' decision was announced, the woman's family said: "The family is very pleased... it is what we expected.

"This is one more step in allowing us to put this tragic episode behind us and return to our normal family life."

The mother had faced abuse online by people who blamed her for the death of the 17-year-old gorilla.

An online petition calling for her to be held accountable for the gorilla's death received about half a million signatures, and a Facebook group called Justice for Harambe was set up.

Cincinnati Zoo plans to reopen its Gorilla World exhibit on Tuesday with a higher barrier in an attempt to prevent any more accidents.