A surfer attacked by a shark at a West Australia beach this week has died in hospital. 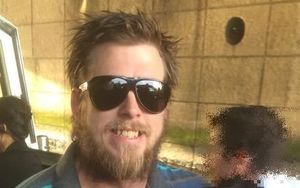 Ben Gerring, 29, was attacked while surfing off Falcon, near Mandurah south of Perth.

The West Australian man lost part of his leg in the attack at a surf spot known as Gearies on Tuesday afternoon. Other surfers managed to get him to shore where paramedics treated him on the beach.

He was later flown to Royal Perth Hospital, where he had surgery, but he had remained in critical condition, and died in hospital last night.

The West Australia Department of Fisheries said during the week that the damage to Mr Gerring's surfboard indicated he was attacked by a great white shark.

A great white shark died after being hooked on a drum line on Wednesday and was towed out to sea where it was disposed of.