A large crocodile caught on Friday in far north Queensland was the one that attacked and killed a New Zealand woman, rangers have confirmed. 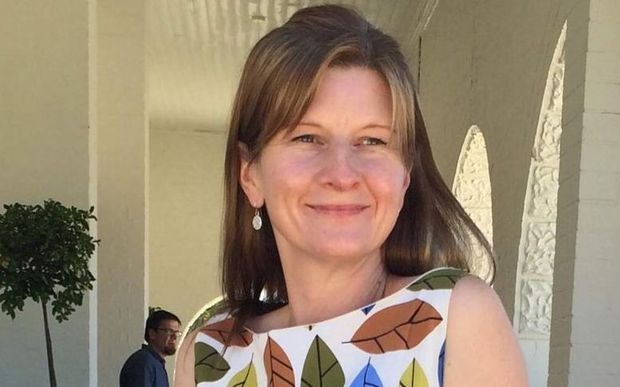 Cindy Waldron was attacked by a crocodile as she waded in Thornton Beach in Queensland last Sunday. Photo: Facebook

The 4.3-metre crocodile was been caught and euthanased after rangers set up traps in Cooper Creek in the Daintree.

Police said human remains - believed to be that of missing woman Cindy Waldron - were found inside the animal. They will be preparing a report for the coroner.

Ms Waldron, 46, was attacked on Sunday night as she waded in waist-deep water at Thornton Beach with her friend Leeanne Mitchell, 47.

Earlier on Friday, Queensland police scaled back their search.

Officers from the Department of Environment and Heritage Protection (EHP) remained in the area, setting four traps in nearby Cooper Creek to catch the crocodile.

It was second animal removed as part of the investigation into Ms Waldron's death. The first, a 2.5-metre crocodile caught in a trap on Thursday, was released after an examination of its stomach contents were carried out.

Ms Waldron's sister, Anna-Lee Annett, described the death as "the most heartbreaking, horrendous thing" to happen to her family.

"They were just wading and then something like this happens out of the blue. It gives me nightmares to think about it," she said.

"One of the first things my mother said was it's not the crocodile's fault, that's his environment."

Ms Annett and other family members travelled to the Daintree from New Zealand while police were still searching for Ms Waldron's body.

"What she did there was a crazy thing, absolutely crazy. But that was her," he said.

Ms Mitchell remains in a stable condition in Mossman Hospital, north of Cairns, after suffering from shock and grazes.

Following the attack on Ms Waldron, the Queensland Government revealed that crocodile numbers in the Daintree remained steady.

A 2014 survey of the river system found 20 crocodiles were present.

The government has since announced an extra $5.8 million in funding for crocodile management, to conduct a three-year survey of local populations.