A former Argentine junta leader has been sentenced to 20 years in prison for crimes committed under Operation Condor - a conspiracy between South America's dictators. 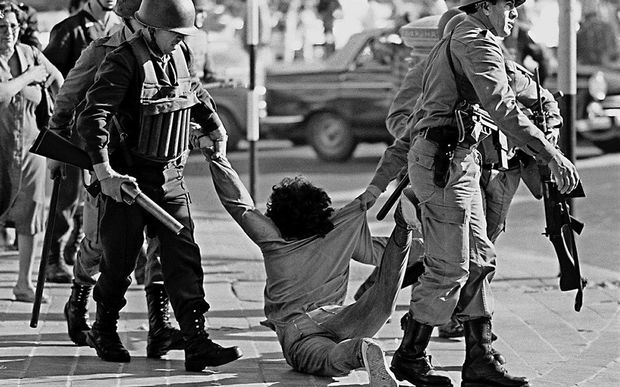 South American states colluded in the 1970s and 80s to crack down on left-wing opponents. Photo: AFP

Reynaldo Bignone, Argentina's last dictator, and 14 other military officers have been found guilty by a court in Argentina after a three-year trial.

Many left-wing activists were kidnapped and killed in Argentina, Uruguay, Brazil, Chile, Paraguay and Bolivia when Operation Condor was secretly launched in the 1970s. with about 30,000 people killed or disappeared under Argentina's military rule from 1976 to 1983.

Bignone, 88, ruled Argentina from 1982 to 1983, and is already in jail serving a life sentence for crimes against humanity.

He also received a 23 year sentence in 2014 for the kidnap and torture of more than 30 factory workers during what was known as the Dirty War.

The verdict hearing took place in the largest courtroom in Buenos Aires on Friday (local time) and lasted for over an hour.

Former Uruguayan Colonel Manuel Cordero - the only non-Argentine defendant - was jailed by the court for 25 years.

The judges are continuing to deliberate on the sentencing of the rest of the former military officers.

Since the trial started in 2013, five defendants, including Jorge Rafael Videla, the head of Argentina's junta during its first three years, have died. 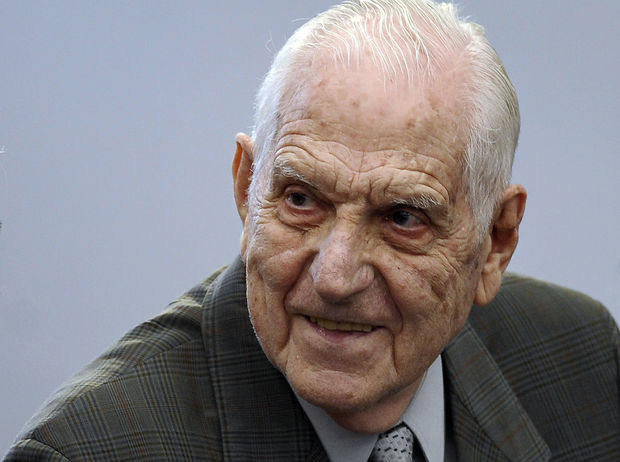 Mr Bignone during the trial in Buenos Aires in 2010. Photo: AFP

The hall was full of survivors and relatives of victims who had travelled from neighbouring countries.

A Uruguayan flag was hanging in the hall, marking the first time a former Uruguayan officer had gone on trial for torture in Argentina.

The only defendant present was Angel Furci, who was found guilty of illegal kidnapping in 67 cases and 62 cases of torture - for his actions at the Automotores Orletti illegal detention centre.

At the end of the sentencing process, families of victims shouted "Presente!" (present), the chant dedicated to those who disappeared. 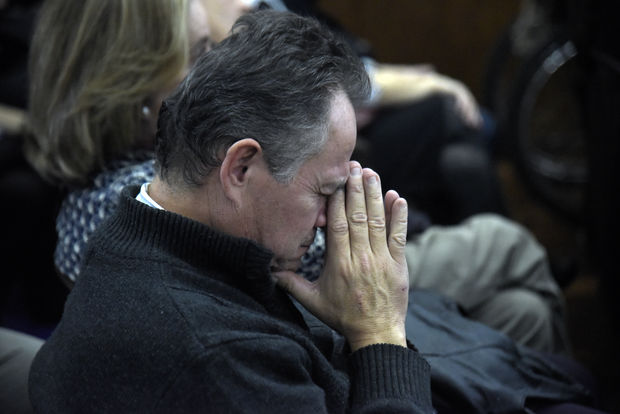 Relatives and victims hear the sentences read out. Photo: AFP

Operation Condor - named after the largest vulture in South America - began in 1975 at a meeting of intelligence chiefs from Argentina, Bolivia, Chile, Paraguay and Uruguay.

It later came to include Brazil, and - in a more peripheral role - Ecuador and Peru.

The operation, which continued in the 1980s, brought together the military of neighbouring nations that had previously been at war with each other in order to fight a new common enemy - the spread of Marxist ideology throughout the region. 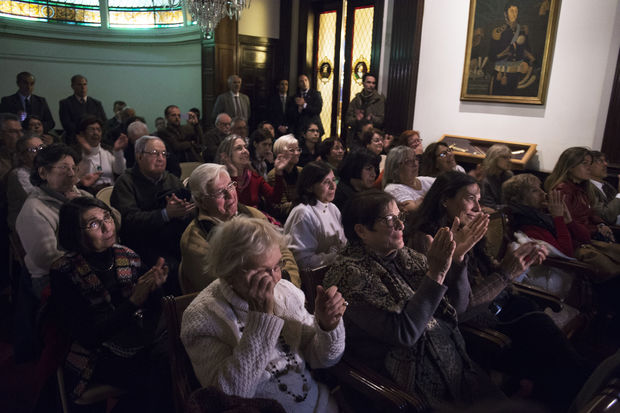 Relatives and victims react to the sentencing at the Argentine embassy in Montevideo, Uruguay. Photo: AFP