A section of the embankment of the River Arno in central Florence has collapsed, sending part of the road and at least 20 parked cars into a newly formed ditch. 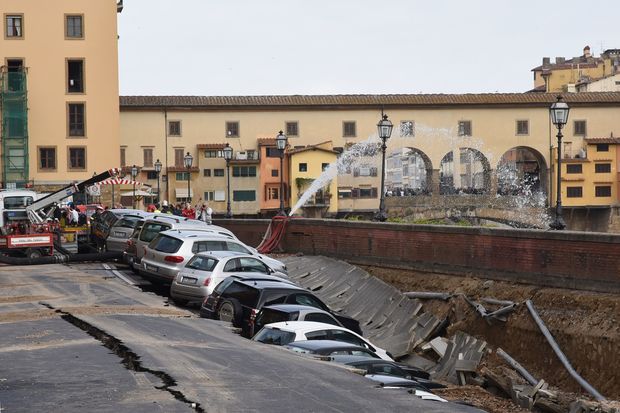 The hole swallowed up many parked cars. Photo: AFP

The collapse took place very close to the famous Ponte Vecchio, a medieval covered bridge over the Arno.

The hole is about 200m in length and 7m across.

Firefighters believe the chasm has been created by the failure of a large water pipe beneath the surface.

Florence's Mayor Dario Nardella tweeted that no-one had been harmed in the incident on Lungarno Torrigiani.

He appealed to motorists to remove their cars from the nearby area, and said the water supply to part of the city centre was cut off. 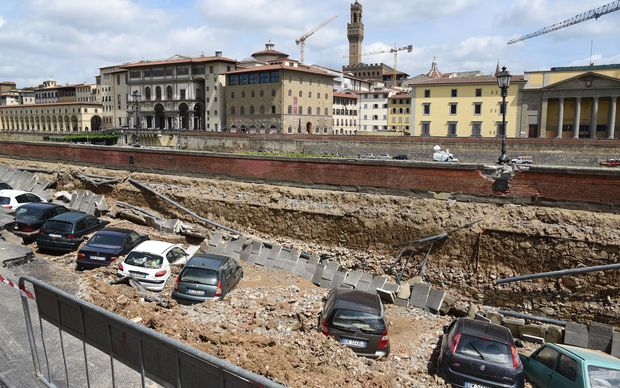 The Florence sinkhole was about 200m long. Photo: AFP

Regional paper Corriere Fiorentino reports that thousands of residents are without water.

The first sign of the problem came not long after midnight, when the police were called, the mayor told Italy's Ansa news agency.