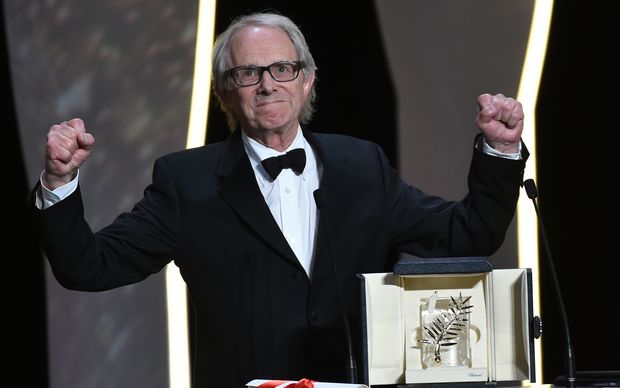 It was the 79-year-old film-maker's second best picture award at the festival following the success of The Wind That Shakes the Barley in 2006.

His latest film explores the impact of the UK welfare system on a middle-aged widower in Newcastle after a heart attack.

"We must give a message of hope, we must say another world is possible," he said.

"The world we live in is at a dangerous point right now. We are in the grip of a dangerous project of austerity driven by ideas that we call neo-liberalism that have brought us to near catastrophe."

It was the 13th time that Loach, a social campaigner for most of his career and the director of more than 50 movies, has competed at the event.