Turning away refugees "won't work" and a global response to the crisis is needed, the UN high commissioner for refugees says.

Filippo Grandi said more nations had to help the "few countries" shouldering the burden, by increasing both funding and resettlement.

He said that, last year, fewer than 1 percent of 20 million refugees had been resettled in another nation.

More are fleeing conflict and hardship than at any other time in history. 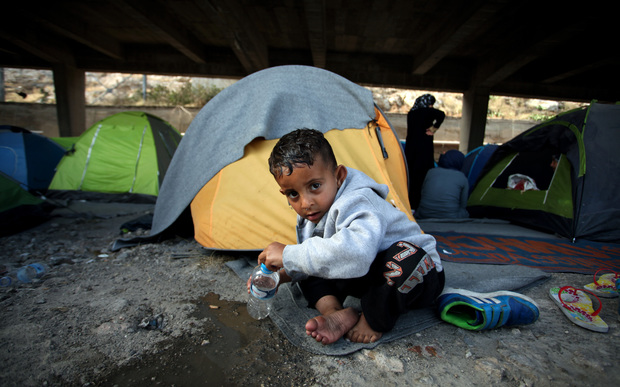 Refugees and migrants stranded at the port of Piraeus in Athens, Greece. Photo: AFP

Mr Grandi was speaking during a day of special live coverage examining how an age of unprecedented mobility is shaping our world.

BBC News World On The Move is a day of coverage dedicated to migration, and the effect it is having on our world.

A range of speakers, including the UNHCR's special envoy Angelina Jolie-Pitt, and former British secret intelligence chief Sir Richard Dearlove, will set out the most important new ideas shaping our thinking on economic development, security and humanitarian assistance.

Mr Grandi, who took up the UN post in January this year, said the fact that Syrians were arriving in East Asia and in Caribbean as refugees showed "how global the phenomenon has become and therefore we have to have global responses".

He said the burden of caring for refugees had so far fallen "on a few countries that host hundreds of thousands of refugees, usually those near wars, near conflicts and a few donors that alone, seven or eight of them, give 80 percent to 90 percent, of the funding".

"This has to spread more, has to be shared more, otherwise the imbalances will cause knee-jerk reactions, closures, rejections and in the end we will fail in our responsibility to help refugees." 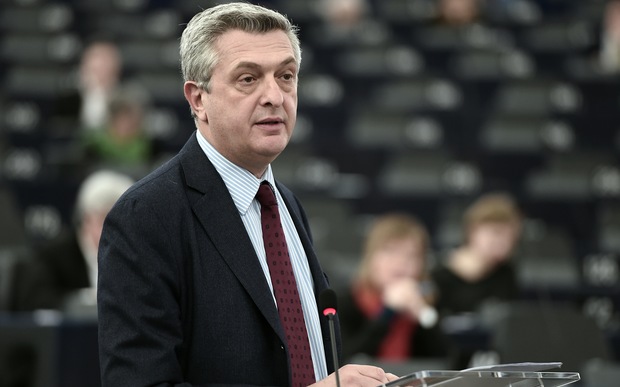 UN high commissioner for refugees Filippo Grandi is calling for a global response to the refugee crisis. Photo: AFP

He said that resettlement was "a direction in which we need to move more boldly", given that fewer than 200,000 of 20 million refugees, excluding internally displaced, had been taken in by another country.

"There is an awareness that global displacement, having reached 60 million people, plus all that move for other reasons, economic migrants and so forth, that requires a different kind of investment and therefore it involves everybody," Mr Grandi said.

He admitted a solution would require "a very long and difficult discussion" but added: "There can't simply be a reaction whereby states shut down borders and push people away simply because it won't work."

Save the Children is calling for greater international commitment to ensure child refugees remain in school.

The charity's new report, A New Deal for Refugees, says only one in four refugee children is now enrolled in secondary school.

It is calling on governments and aid agencies to adopt a new policy framework that will ensure no refugee child remains out of school for more than a month. 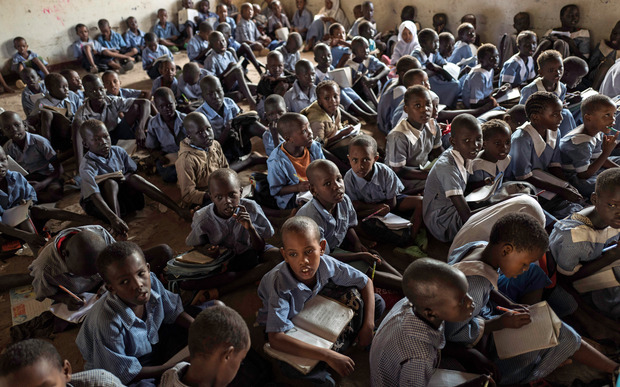 Children sitting on the ground at the primary school class at the refugee camp 1 in Kakuma, Kenya. Photo: AFP

It is an ambitious target but there is growing concern that this migration crisis is producing a lost generation of children which means conditions for even greater insecurity and poverty.

On Monday Ms Jolie-Pitt will call for stronger multilateral action to respond to this migration, which she describes as the challenge of our century.

Are more people on the move?

The number of people seeking asylum in the European Union in 2015 reached 1,255,600 - more than double that of the previous year.

Syrians, Iraqis and Afghans topped the list of applicants, with more than a third going to Germany, Eurostat says.

There has been a sharp decrease in the flow this year, after the main crossing point at the Greece-Macedonia border was closed, and the signing of an EU-Turkey deal.

Under the agreement, migrants who have arrived illegally in Greece since 20 March are to be sent back to Turkey if they do not apply for asylum or if their claim is rejected.

For each Syrian migrant returned to Turkey, the EU is to take in another Syrian who has made a legitimate request.