Seventeen women who have served as government ministers in France say they will no longer be silent about sexual harassment in politics. 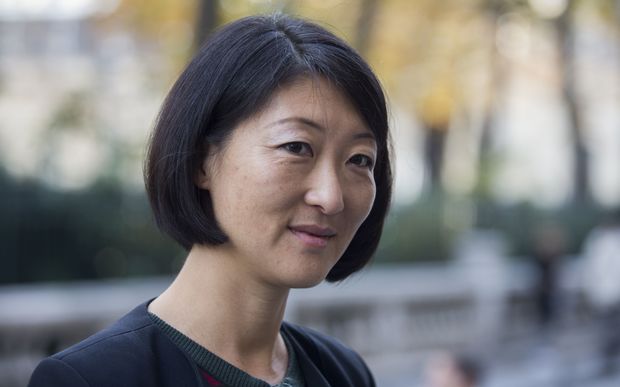 All 17 signatories to the declaration are current or former ministers.

Among them is Christine Lagarde, the head of the International Monetary Fund and France's former finance minister.

On Monday, the deputy speaker of the National Assembly, Denis Baupin, resigned over sexual harassment claims, which he denies.

In the declaration, the women call for a toughening of the law against sexual harassment, as well as specialist desks set up in police stations to deal with such complaints.

Examples of some of the sexual harassment suffered by the women are also given in the article.

It explains that Fleur Pellerin, who was culture minister in Francois Hollande's Socialist government from 2014 until this February this year, rarely suffered harassment until she was appointed to office.

After her first appointment in government, she was asked by a male journalist if she was given the job "because you are a beautiful woman".

"They feel entitled to have a laugh and to make unwelcome gestures such as patting a woman on the buttocks," another signatory, former Women's Rights Minister Yvette Roudy, told French news channel La Chaine Info on Sunday.

"Some women aren't so offended but others are very offended and are now speaking out. It's time women talk about it and make it known that they are not being complimented but are effectively being treated as whores."

France Inter said the women chose to come forward after Mr Baupin gave his support in March to a high-profile campaign criticising violence against women.

One of his accusers, Green Party spokeswoman Sandrine Rousseau, said Mr Baupin had groped her breast in a corridor and tried to kiss her.

His lawyer said Mr Baupin could sue the women who made the allegations.

Mr Baupin's wife, Emmanuelle Cosse, who is the housing minister in Mr Hollande's government, was not among the signatories.

Attitudes to privacy, sex and sexual harassment in France were also brought into the spotlight in May 2011, when former IMF chief Dominique Strauss-Kahn was arrested in New York over the alleged rape of a hotel maid. The charges were eventually dismissed.

In March 2012 he faced another serious scandal, when French police launched an investigation over his alleged involvement with a gang suspected of hiring prostitutes. He was later cleared of the charge of "aggravated pimping".