A suspicious item detonated in a controlled explosion at Old Trafford was a training device, police have confirmed. 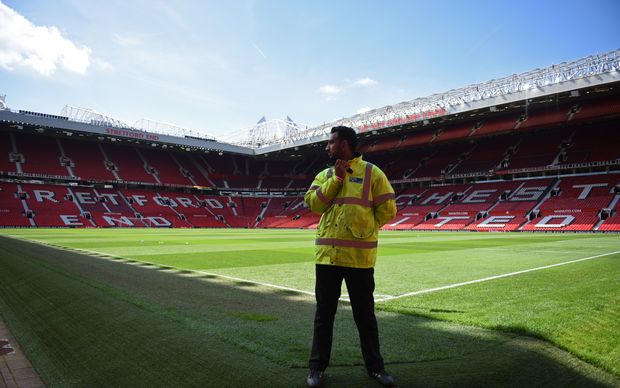 A security guard stands at the empty stadium after a EPL match was called off due to a bomb scare. Photo: AFP

The Premier League match between Manchester United and Bournemouth on Sunday (local time) was called off after a suspect package was found shortly before kick-off and a controlled explosion carried out.

Police said the item had "accidentally" been left by a private company after a training exercise on Wednesday.

The match has been rearranged for 8pm Tuesday.

A Greater Manchester Police statement read: "Shortly before today's planned football fixture, staff from the Manchester United ground alerted police to a suspicious item that had been found in the toilets within the North West Quadrant, between the Sir Alex Ferguson stand and the Stretford End.

"Police quickly attended and explosive experts were called in to assess the item, which has been described as an incredibly realistic-looking explosive device."

The Sir Alex Ferguson Stand and the Stretford End were evacuated and sniffer dogs brought in.

Kick-off, due on Sunday at 3pm (local time), was delayed and shortly afterwards the match was abandoned on police advice.

A bomb disposal team carried out the explosion 90 minutes later. 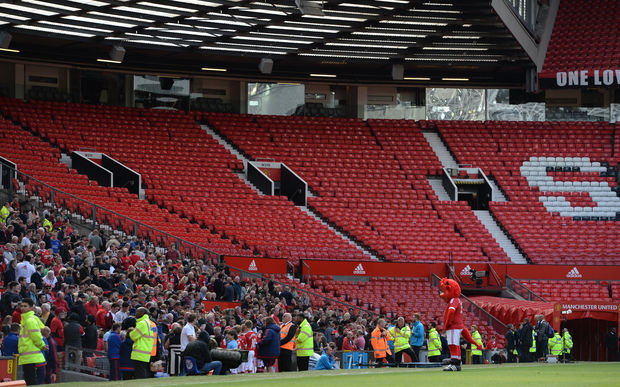 Assistant chief constable John O'Hare said he was "grateful to the Manchester United and Bournemouth supporters for their support and assistance today.

"Following today's controlled explosion, we have since found out that the item was a training device which had accidentally been left by a private company following a training exercise involving explosive search dogs.

"While this item did not turn out to be a viable explosive, on appearance this device was as real as could be, and the decision to evacuate the stadium was the right thing to do, until we could be sure that people were not at risk."

Manchester United's executive vice-chairman Ed Woodward said: "The club takes security very seriously and staff are regularly trained with the police and emergency services to identify and deal with these incidents.

"We will investigate the incident to inform future actions and decisions."

Before it was announced the item was a training device, the Premier League praised both clubs and the emergency services for their response to the incident.

Fans will be allowed into Tuesday's rearranged game as normal. Tickets for Sunday's game remain valid and refunds are to be offered to any supporters unable to attend.

Bournemouth expect to make an announcement on arrangements for their travelling fans on Monday. 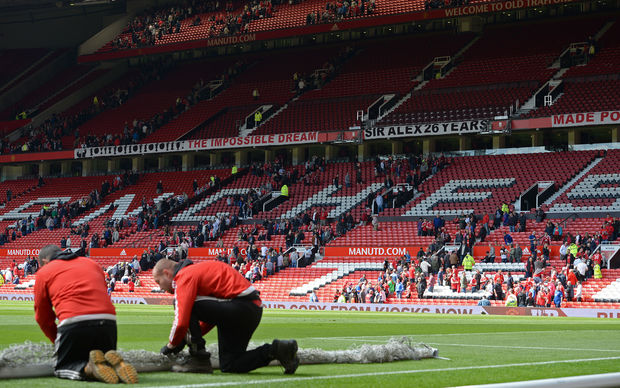 Two hours before the controlled explosion an "operation red code" alert had been heard over the public address system, and the players who were warming up had left the field.

Fans were then advised that, because of "the discovery of a suspect package in the north-west quadrant of the ground, the match has been abandoned for today on police advice".

Supporters who were still in the ground were advised to stay in their seats while the forecourt was cleared of fans who had been in the two stands that were evacuated.

Speaking before the controlled explosion was carried out, assistant chief constable John O'Hare of Greater Manchester Police said their priority "was to ensure the safety of everyone in the stadium and surrounding area".

He said "military colleagues" were assisting with the incident, adding: "We don't make these decisions lightly and we have done this today [abandoned the match] to ensure the safety of all those attending."

United players were seen leaving the ground shortly after 2:30pm.

The club later confirmed they would be flying back to Bournemouth on Sunday night.

The police response was praised by some while others criticised how the evacuation was dealt with.

Johnny Escott, from Salford, had just got into the Stretford end of the stadium when the evacuation was announced over the tannoy.

"Everyone just looked at each other like 'Was that a mistake?'," he said. "It was a bit scary but no one really started to panic massively, I walked past a few kids who were crying but everyone seemed quite calm".

Mr Escott said he found out information from Twitter as he "got told nothing at the stadium" but said the stewards "probably did as much as they could".

July Holmes, from Hyde, said she "didn't get a great deal of information" when she was stopped from entering the ground and relied on people at home telling her what was going on.

But she said the fans "were amazing, they were really calm and there was no rushing or pushing. It was controlled well." 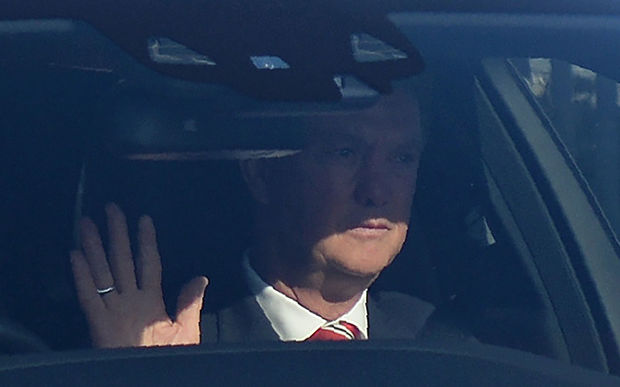 Manchester United had started Saturday with an outside chance of qualifying for next season's Champions League by finishing fourth in the Premier League.

However, Manchester City's draw against Swansea in their final game means United are effectively out of the running, with City three points clear of United and possessing a goal difference that is 18 better than that of their nearby rivals.

Sean Bones, vice-chairman of the Manchester United Supporters' Trust, said: "It is obviously a dark day in Premier League history. We have obviously got to give our thanks to the club and the authorities for getting supporters out of the ground safely and home to their families.

"If it turns out there was a bomb at Old Trafford, it is obviously a concern that we have these type of people in our midst and it is going to have a huge effect on security at football matches in the future." 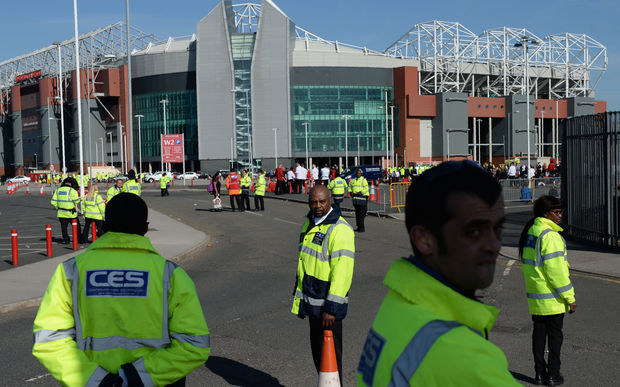 Event staff stand outside the evacuated Old Trafford stadium in Manchester, England on May 15, 2016. Photo: AFP