Venezuelan President Nicolas Maduro is warning he will seize any factories that stop production, and throw their owners in jail. 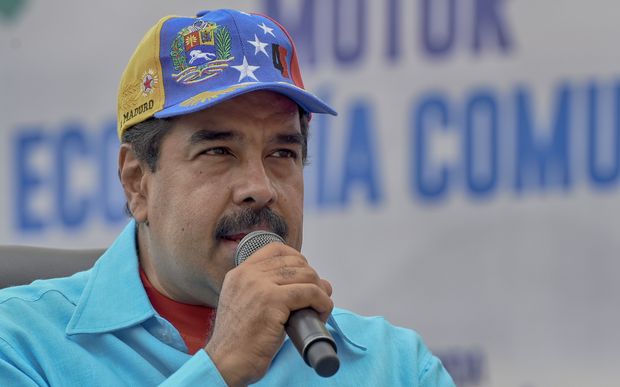 President Nicolas Maduro is accusing the factory owners of sabotage and says they should be jailed.

Mr Maduro says factory managers complaining they lack the hard currency for raw materials are "whingeing" and their threat to shut down is a declaration of "economic war".

The move comes a day after he announced a state of emergency following looting throughout the nation, where many basic products are running out and power and water supplies are regularly cut.

In an address to the nation, he said the measures would be in place for three months but would likely be extended over 2017.

He told supporters in the capital Caracas the country had to recover the means of production to counter its deep economic crisis.

Opposition protesters have been rallying in Caracas to push for a recall vote to eject him from power. 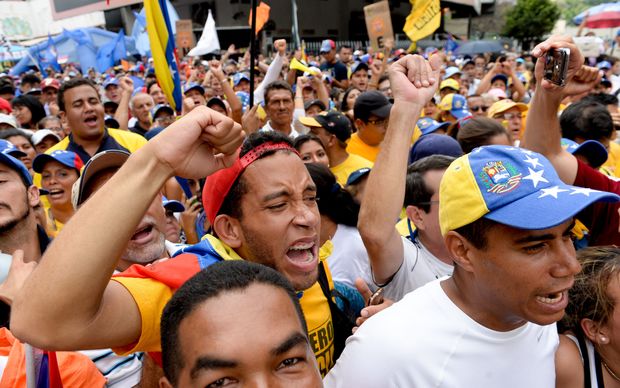 Opponents of the government of Venezuelan President Nicolas Maduro take part in a demonstration in Caracas. Photo: AFP

Mr Maduro said the state of emergency was needed to combat foreign aggression, which he blamed for Venezuela's problems.

He said military exercises would take place next weekend to counter "foreign threats".

Venezuela has the world's largest oil reserves but its economy has been severely hit by falling global oil prices.

Its economy contracted by 5.7 percent last year and its official inflation rate is estimated to be topping 180 percent.

The group's billionaire owner, Lorenzo Mendoza, is a fierce critic of President Maduro.

"We must take all measures to recover productive capacity, which is being paralysed by the bourgeoisie," Mr Maduro told a rally in Caracas. 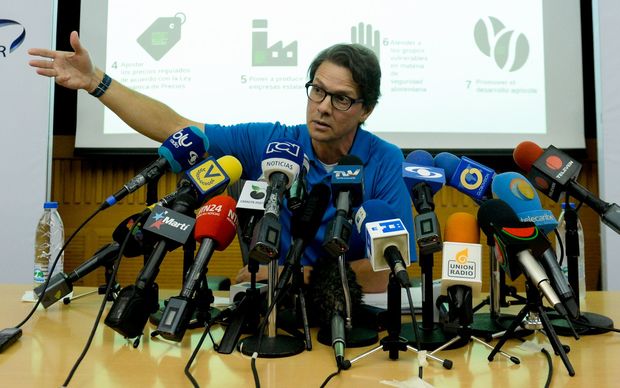 "Anyone who wants to halt [production] to sabotage the country should get out, and those who do must be handcuffed and sent to the PGV [Venezuelan General Penitentiary]," he said.

"We're going to tell imperialism and the international right that the people are present, with their farm instruments in one hand and a gun in the other... to defend this sacred land," he added.

He did not specify if there would be limits to other constitutional rights but he said the decree would provide "a fuller, more comprehensive protection for our people."

A previous state of emergency was implemented in states near the Colombian border last year.

It suspended constitutional guarantees in those areas but did not suspend guarantees related to human rights.

But he added that it also created "mechanisms for the security forces to be able to guarantee public order needed because of the threats by armed groups". 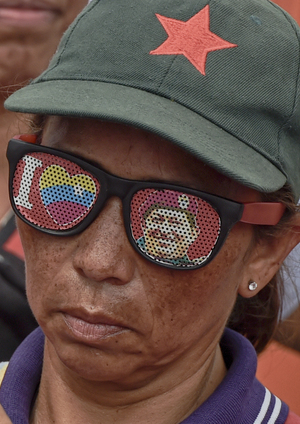 The opposition has collected and submitted a petition with 1.8 million signatures in favour of a referendum on Mr Maduro, but the National Electoral Board (CNE) has so far not verified them.

The verification process was supposed to take five days but 12 days had already lapsed.

Opposition activists say authorities are not letting them proceed to the next stage when they must collect another four million signatures.

Addressing the crowds on Saturday, opposition leader and former presidential candidate Henrique Capriles said: "We want a country without queues, where we can find medicines. We want change."

He described Venezuela as a "time bomb that can explode at any given moment".

According to the Venezuelan Constitution, if a referendum is held before the end of the year, a recall vote against Mr Maduro would trigger new elections.

Opposition protester Marisol Dos Santos said there would be "a social explosion" if Mr Maduro did not let the recall referendum happen.