Australia's Prime Minister Malcolm Turnbull has denied any wrongdoing after his name was found in the Panama Papers database.

A company register document shows he was the former director of a company called Star Technology Systems Limited in the 1990s.

Both men resigned their directorship of Star Technology in September 1995. 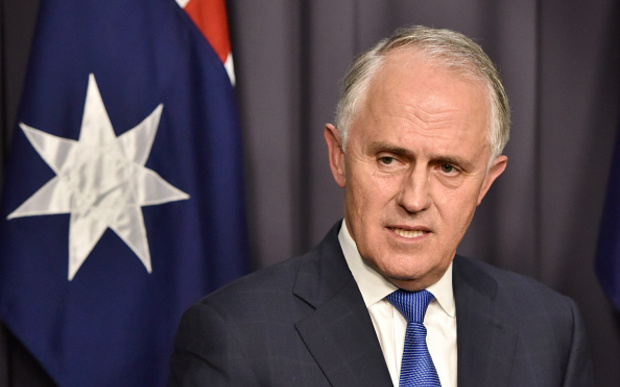 The company was incorporated by Panamanian law firm Mossack Fonseca, which is one of the world's largest suppliers of shell companies in offshore jurisdictions.

When asked about being named, Mr Turnbull said there was "no suggestion of any impropriety whatsoever".

"There is nothing new there," he said.

"The company concerned was a wholly owned subsidiary of a public listed Australian company.

"The company of which Neville Wran and I were directors was an Australian listed company and had it made any profits - which it did not regrettably - it certainly would have paid tax in Australia, but obviously you haven't studied the accounts of the company concerned."

"I think it is incumbent upon him to do so fully," he said.

"I do not believe that what he said this morning is a full explanation.

"But, to be fair Mr Turnbull should have the opportunity to answer the questions, to explain what he knows, what the extent of his involvement is, and I don't intend to say any more until that happens."

More than 11 million documents including internal emails, faxes and client information dating back to the 1970s were leaked from the firm in one of the largest data leaks in history.

Thousands of names of clients using Mossack Fonseca for offshore trusts, shell companies and foundations were made public on Monday, however the information about Star Technology Services is contained in documents only accessible by journalists working with the ICIJ.

The investigation into New Zealand links in the Panama Papers is a journalistic collaboration by reporters from RNZ News, One News and investigative journalist Nicky Hager, with the assistance of the International Consortium of Investigative Journalists and the German newspaper Süddeutsche Zeitung.

The Panama Papers have revealed dozens of public officials and politicians used offshore companies and has led to the resignation of the Icelandic prime minister.

However, in most cases it is legal to use shell companies, foundations or trusts in offshore jurisdictions.

There is no suggestion of any wrongdoing by either Mr Turnbull or Mr Wran.