Police in Germany investigating the deaths of two women say they were the victims of a couple who held them hostage and tortured them. 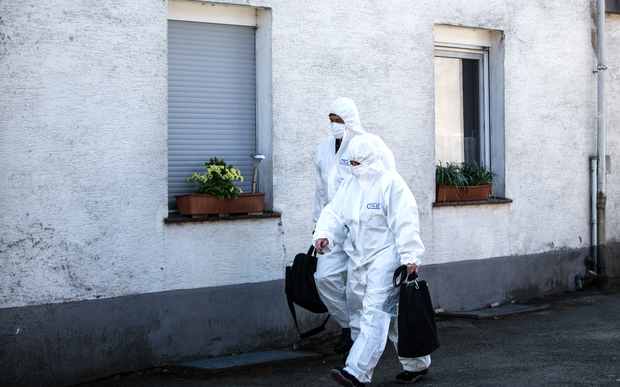 Members of the crime scene unit walking past the house of the accused couple in Hoexter, Germany. Photo: AFP

They say a man and his ex-wife placed dating advertisements to lure the women to their home.

The suspects - Wilfried W, 46, and Angelika B, 47 - were arrested last Wednesday and charged with manslaughter.

The man denies any wrongdoing but his partner is reported to have confessed.

Detectives believe there may be further victims and are searching the couple's home in Hoexter, north-western Germany.

Police have for weeks been investigating the death of a 41-year-old woman, known as Susanne F, who they believe was held hostage and tortured in the couple's residence.

That case came to light when the couple allegedly tried to drive the badly injured woman to her home in Lower Saxony in April. 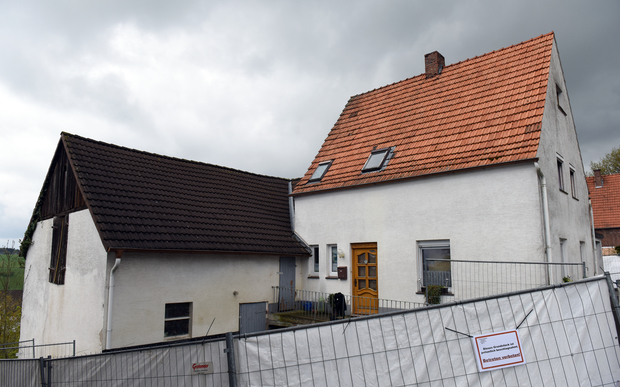 Dark clouds above the house of the accused married couple. Photo: AFP

But their car broke down and as they waited for a taxi, the woman's health deteriorated.

They called an ambulance, but the woman died later in hospital, where suspicions about her injuries arose and the police were warned.

At a news conference, police said they now believed the couple had killed and dismembered another young woman before disposing of her remains in their fireplace.

Annika W, 33, also from Lower Saxony, died in August 2014. Like Suzanne F, she had responded to a dating advertisement in late 2013.

"The victim suffered again and again from very serious physical torture like being hit all over the body, chained to heaters, being enslaved and beaten," chief prosecutor Ralf Meyer told a news conference.

"Sometimes the victim had to sleep on the bare floor of cold rooms. Hence, her physical condition became worse and worse."

He said that in summer 2014, the victim reached a life-threatening state, as a consequence of which she died on 1 August, 2014.

Police believed the motive for the murders was more likely to be power-related than sexual.

Angelika B is reported to have made a full confession, arguing that she only obeyed the man after also being tortured by him. Further investigations are said to support her statement.

The head of the investigation, Ralf Oestermann, said officers were conducting a detailed forensic examination of the house.

"We cannot totally exclude the possibly that another woman died there," he told reporters.

The full names of those involved in the case have not been released inline with German privacy laws.