US Defence Secretary Ash Carter has accused Russia of "nuclear sabre-rattling" and of being intent on eroding international order.

He said he regretted strained relations with Moscow but said the US had to "prioritise deterrence" on Nato's eastern flank.

US-Russian ties have been strained by the Ukraine crisis and recent military encounters in the Baltic Sea.

Russia has accused Nato of threatening its national security. 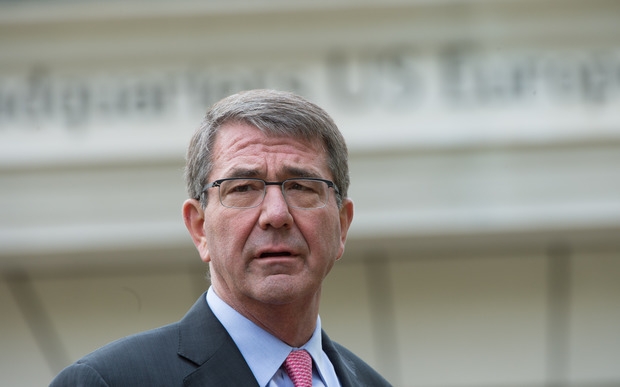 Speaking during a ceremony at the US European Command Headquarters in Germany, Mr Carter said Russia was "going backwards in time".

But Mr Carter said: "We do not seek a cold, let alone a hot war with Russia.

"We do not seek to make Russia an enemy. But make no mistake, we will defend our allies, the rules-based international order, and the positive future it affords us."

He added: "Moscow's nuclear sabre-rattling raises troubling questions about Russia's leaders' commitment to strategic stability, their respect for norms against the use of nuclear weapons, and whether they respect the profound caution that nuclear-age leaders showed with regard to brandishing nuclear weapons."

Mr Carter outlined plans to deploy a third US Army combat brigade in Europe in the coming year.

He said it was part of a $3.4bn initiative to reassure Nato allies of US commitment to their security and to deter Russian aggression.

"We haven't had to prioritise deterrence on Nato's eastern flank for the past 25 years, but while I wish it were otherwise, now we have to," he said. 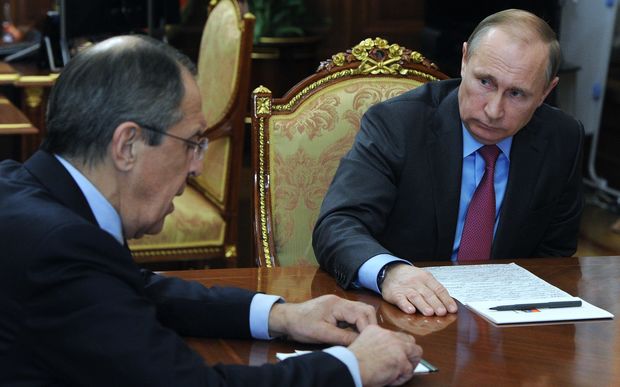 Russia Vladimir Putin, right, and Russian Minister of Foreign Affairs Sergey Lavrov during a meeting in the Kremlin. Photo: AFP

Relations between Russia and the West deteriorated after Russia annexed Ukraine's Crimea region in 2014.

Ukraine and the West have accused Russia of covertly backing pro-Russian rebels who now control much of eastern Ukraine. Russia strongly denies the claims.

Last week, the US accused a Russian jet fighter of aggressively intercepting a US Air Force reconnaissance plane over the Baltic Sea. It said the Russian jet had performed a barrel roll.

Russia's envoy to Nato said the destroyer had sailed close to the Russian enclave of Kaliningrad in an attempt "to exercise military pressure on Russia".

Correspondents say such encounters have raised fears of a full-on confrontation, be it deliberate or accidental, between the world's two great military powers.