A new appraisal names the United States as one of the threats to Russia's national security for the first time, a sign of how relations with the West have deteriorated in recent years. 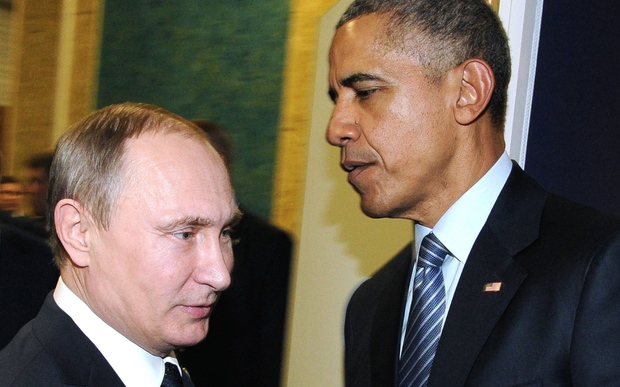 The document, "About the Strategy of National Security of Russian Federation", was signed by President Vladimir Putin on New Year's Eve. It replaces a 2009 version, endorsed by then-President Dmitry Medvedev, the current prime minister, which mentioned neither the United States not NATO.

It says Russia has managed to heighten its role in solving global problems and international conflicts. That heightened role has caused a reaction by the West, it said.

"The strengthening of Russia happens against the background of new threats to the national security, which has complex and interrelated nature," the document said.

Conducting an independent policy, "both international and domestic" has caused "counteraction from the USA and its allies, which are striving to retain their dominance in global affairs."

That in turn is likely to lead to "political, economical, military and informational pressure" on Russia.

Relations between Russia and the West reached a low after Russian forces annexed the Crimean peninsula from Ukraine in March 2014, after protests in Ukraine forced its pro-Moscow president to flee to Russia.

Since then, the West has accused Russia of aiding insurgents in eastern Ukraine. Moscow denies actively assisting the rebels.

The United States and the European Union have since imposed wide-ranging sanctions against Russian individuals and companies. Moscow has reacted by restricting food and other goods from the EU.

The document says that the US and the EU have supported an "anti-constitutional coup d'etat in Ukraine", which led to a deep divide in Ukrainian society and a military conflict.

It also names the expansion of NATO as a threat to Russia's national security and said that the United States has expanded its network of military-biological laboratories in neighbouring to Russia countries.

The document, which serves as a basis for planning strategy related to national security by different state bodies, does not mention Syria. On September 30, Russia began air strikes against anti-government rebels opposed to the government of Syrian President Bashar al-Assad, a Russian ally.