Researchers say they have located the wreck of the Endeavour, which Captain James Cook commanded on his first voyage of discovery to New Zealand. 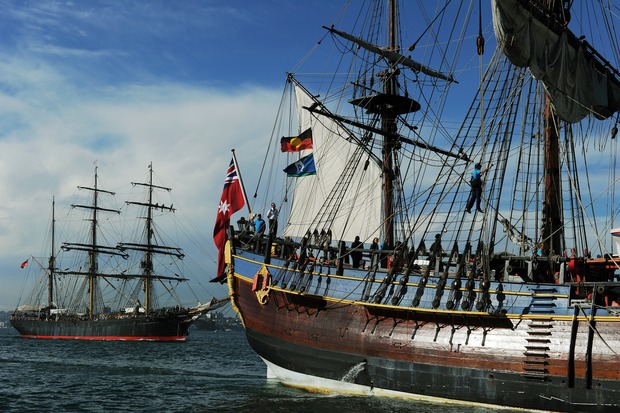 A replica of Captain Cook's ship at Sydney Harbour in 2012. A US team believes it has found the wreck of the Endeavour at Rhode Island. Photo: AFP

The Rhode Island Marine Archaeology Project - a professional team made up of divers and historians - claimed to have made the discovery off Newport Harbor in the north east of the United States.

Captain Cook led the Endeavour to Australia and New Zealand between 1769 to 1771.

It was sold in 1775 and used to transport British troops during the American Revolution, sinking during a blockade three years later.

It is 80-100 percent certain the vessel's remains have been found in Newport Harbour, the Marine Archaeology Project said. In two days, it will unveil its plan to study it.

"The next phase of the archaeological investigation will require a more intense study of each vessel's structure and its related artifacts," the organisation said in a statement.

"However, before that next phase may begin, there must be a proper facility in place to conserve, manage, display, and store the waterlogged material removed from the archaeological sites."

The Project describes the shipwreck as one of the most important in world history.