British-based firm Reckitt Benckiser has admitted for the first time selling a humidifier disinfectant that killed about 100 people in South Korea. 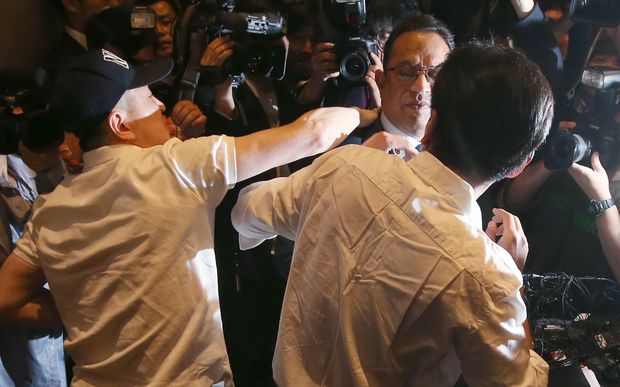 Atar Safdar (C), the head of Oxy Reckitt Benckiser Korea, is surrounded by the aggrieved relatives of victims. Photo: AFP

The head of its South Korean division was attacked by angry relatives as he apologised at a Seoul hotel.

Reckitt Benckiser is among several firms whose products are blamed for the deaths.

It has offered compensation to the families of those who died, as well as the hundreds more who were injured.

Reckitt Benckiser withdrew its product from the market after South Korean authorities suggested a link between chemicals to sterilise humidifiers and lung conditions in 2011.

"This is the first time we are accepting the fullest responsibility, and we are offering a complete and full apology. We were late, five years have passed," Ataur Safdar said.

He added that the company was setting up a multi-million dollar humanitarian fund for the victims and their families.

Many are said to be children or pregnant women.

His apology was rejected by relatives at the news conference, at least one of whom hit him shortly after he took to the stage, and he was jostled and heckled.

About 500 people are reported to have died or been injured after inhaling poisonous chemicals used in humidifier disinfectants manufactured and sold by several companies in South Korea from 2001 to 2011. 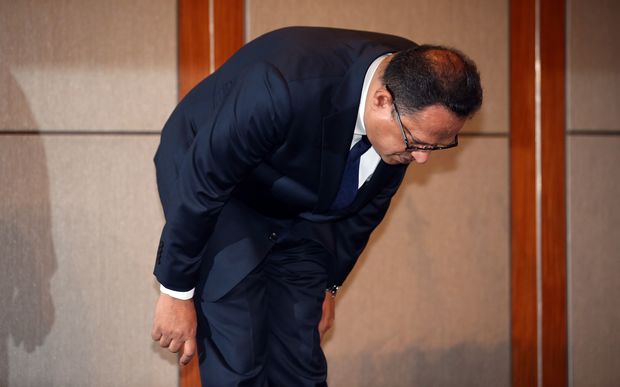 Reckitt Benckiser has been criticised for previously refusing to take responsibility.

Patty O'Hayer, a spokesperson for Reckitt Benckiser, said the South Korean government had so far linked 177 cases to its product.

But the process of identifying possible victims was not yet complete.

She said the firm would compensate those who were "likely or very likely" to have been made ill by its humidifier steriliser.

The company, which also makes painkiller Nurofen, was fined last week in Australia for misleading customers.

A court ruled that products marketed as targeting specific pains, such as migraine, were actually identical.