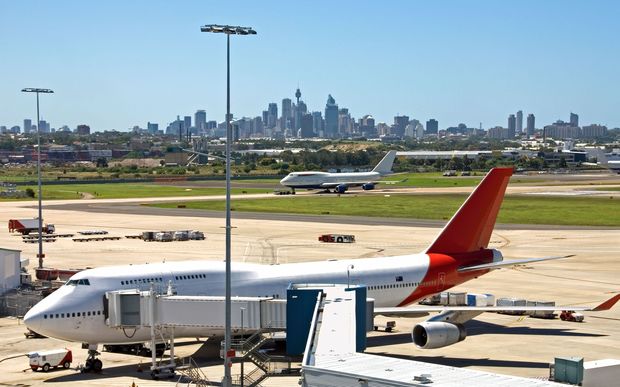 The failures have so far not resulted in any major safety incidents at Sydney Airport, but air traffic controllers fear it is only a matter of time.

When the system fails, planes disappear from one screen and are only visible on the older, slower radar screen.

In the last month alone, there were 15 failures detected in the Wide Area Multilateration (WAM) system, according to controller fault logs obtained by the ABC.

Despite the problems, Airservices Australia continues to use the system, which allows them to land more planes per hour.

The organisation, which manages Australia's airspace, has acknowledged some concerns about instability and agreed to only rely on the system between 7am and 9am - peak times during weekdays.

The earliest recorded failure has been at 9.10am and controllers believe the use of the entire system should be suspended until it is fixed, or staff get the right training.

Emails to management featured staff expressing "no confidence" in the system and a fear that "there is a norm forming of acceptable instability".

Controller logs of faults from between 20 March and 18 April this year show the system has failed 15 times and internal defect reports have described the problem as "systematic".

If the aircraft are not 2 nautical miles (3.7km) apart when the WAM fails, controllers have to divert all planes on final approach to the runway - known as a multiple breakout - which is a scenario that controllers have not been trained for.

Instead of breaking out two planes, controllers could be breaking out up to six and "tripling their workload", according to Civil Air.

"These people can deal with these complex situations quite well but the reality is we haven't trained for it, we haven't simulated for it.

"So we couldn't say with any certainty what might happen."

Controllers have not yet had to run the untrained multiple breakout scenario - as when the WAM has failed, the planes have been more than 2 nautical miles apart.

On its website, Airservices Australia states WAM and "Parallel Runway Monitoring (PRM) can potentially cut air traffic delays caused by poor weather by as much as 80 per cent".

This can have significant flow-on effects - if the number of planes per hour drops significantly, more flights would be placed into lengthy holding patterns and some would most likely be cancelled.

Air traffic controller concerns have been building and management was forced to quell dissatisfaction two weeks ago.

"We understand that several of you are not satisfied that we have followed the [Safety Management System] in our risk assessment and management of the WAM issue," the email to staff read.

"The control to only use PRM [and using WAM] between the hours of 7:00am to 9:00am is providing the same level of operational risk as we have always carried.

"This is why we are only going to run PRM between 7:00am to 9:00am. This is a standard aviation risk-based approach."

But that is not a presumption Civil Air accepts.

"If you're unable to identify what's causing the fault then we don't think you can say with any certainty that it won't happen at an earlier time in the day," Mr Hickey said.

In a statement, Airservices Australia acknowledged an "issue" but said it maintained "multiple redundancy in all its surveillance systems".

"Any single system unavailability does not impact aviation safety," a spokesperson said.

"Our highly trained controllers have the skills and knowledge to manage system unavailability.

"Airservices has been working closely with the vendor since December 2015 to resolve an issue … which can have some impact on the number of landing aircraft during poor weather."