A female Australian aid worker is believed to have been kidnapped in eastern Afghanistan by a group of armed men in military uniforms.

The ABC understands the woman was taken from her office in the city of Jalalabad on Thursday morning.

It is not clear who is responsible or where she has been taken. 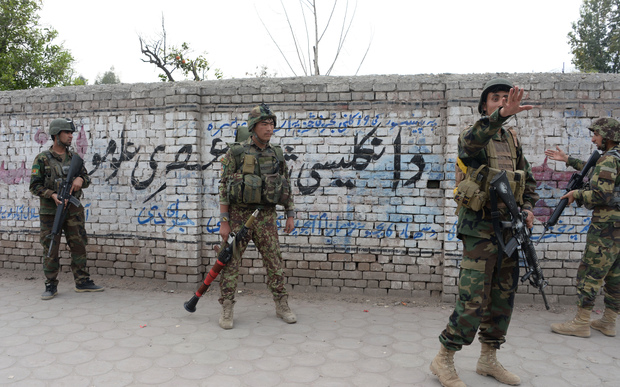 The woman had previously been working for the Danish Committee for Aid to Refugees, but the group says she is no longer on their staff and is now believed to be in charge of an independent organisation called Zardozi.

According to its crowdfunding Indiegogo page, Zardozi teaches women how to build their own businesses and sell their sewing work to support their families.

It is understood she had moved to a separate compound with the Zardozi group, and the armed men then arrived and took her away.

There is currently no evidence that payment is being sought for the woman's release.

Abduction for ransom is considered one of the greatest threats to foreign aid workers in Afghanistan.

Jalalabad is close to Afghanistan's border with Pakistan, in an area where both the Taliban and the Islamic State group are known to operate.

In a statement, Australia's Department of Foreign Affairs said it was working to confirm the reported kidnapping.