A yacht that washed up on the New South Wales coast overnight might have been abandoned off New Zealand about 18 months ago, Australian marine rescue authorities say. 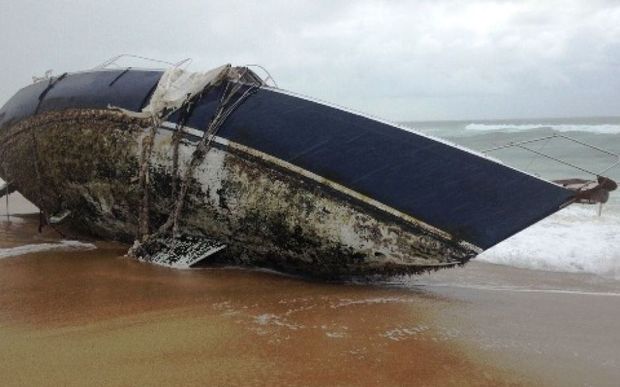 The abandoned yacht that washed up on the NSW coast may have drifted over from New Zealand. Photo: NSW Marine Rescue

The 11-metre boat was spotted on the north coast beach by residents at Wooli early this morning.

Its mast had been ripped off and barnacles covered the hull.

"It was nearly run over by a cruise ship, so that's why it was actually noticed," he said.

"It's obviously just been floating round the Tasman and Coral Seas since then, and I'd say the weather has finally pushed it back in towards the coastline and it's ended up on the beach.

"From what I'm led to believe the vessel was abandoned, so I can only assume the persons on board were rescued."

Mr Redding said during a rescue operation, the emphasis was on saving people, and "you just abandon the yacht".

"We get reports every so often of vessels that have been abandoned, especially [near] New Zealand way out in the Tasman," he said.

"Then they'll end up on a beach somewhere in north Queensland or on the New South Wales coast.

"Given the currents, they can drift around that whole area there for years."