ANALYSIS: As Ukraine marks 30 years since the Chernobyl disaster, the health effects are still being felt by the people of the region.

The accident, on 26 April 1986 contributed to the downfall of the Soviet Union, changed the way the world thinks about nuclear energy and has affected an unquantifiable number of people in the region. 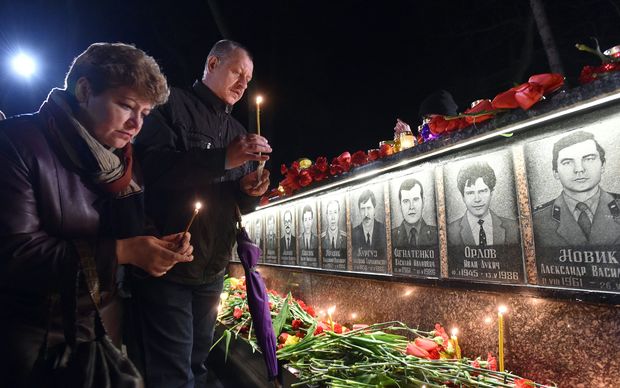 People light candles at the monument to Chernobyl victims in Slavutich, about 50km from the accident site, and where many of the power station's personnel used to live, on the 30th anniversary of the disaster. Photo: AFP

Ukraine is holding today ceremonies to mark the 30th anniversary of the blasts.

Sirens sounded at the exact moment of the first explosion in the plant's reactor in April 1986, when the roof blew off and a cloud of radioactive material spewed out, drifting across Ukraine's borders into Russia, Belarus, and across a swath of northern Europe.

Hot gases escaping from the broken reactor carried radioactive elements from the site over 10 days.

The nearby town of Pripyat, with a population of about 50,000, was evacuated.

For British paediatrician Dr Rachel Furley, the "desperately sad" reality is that women who have spent their entire lives exposed to high levels of radiation are now having children.

In the most severe cases, babies have limbs missing. In one case, a baby was born with two heads.

When she is not treating children in Bury St Edmunds, Dr Furley helps 800 youngsters in Gomel, a region of Belarus, 132km north of Chernobyl.

She set up the charity Bridges to Belarus when she was still at medical school.

It now gives families clothing, school materials and accommodation, as well as food during the harsh winter, English lessons and healthcare.

The organisation also provides pain relief, palliative care and potentially lifesaving blood tests for the unusually high number of children with cancer in a region where state healthcare is often lacking.

The statistics are stark

In more than a decade's work as a paediatrician in Britain, Dr Furley has seen two children with thyroid tumours.

Roughly half of the 800 children her charity assists in the Gomel region have developed thyroid cancer.

"We have an awful lot of palliative cancers and tumours. Types which we don't see anywhere else in the world."

When compared with the mortality rates of the wider population the children helped by Bridges to Belarus stand a better chance of living longer. But many still die young.

The desolate concrete graveyard of giant Soviet-era buildings in the deserted city adjacent to Chernobyl is a reminder of how, in the days following the accident, a whole community left their homes in a hurry and never returned.

Pripyat was a city built for Chernobyl's workers and their families. Before the disaster it had a population of 60,000. 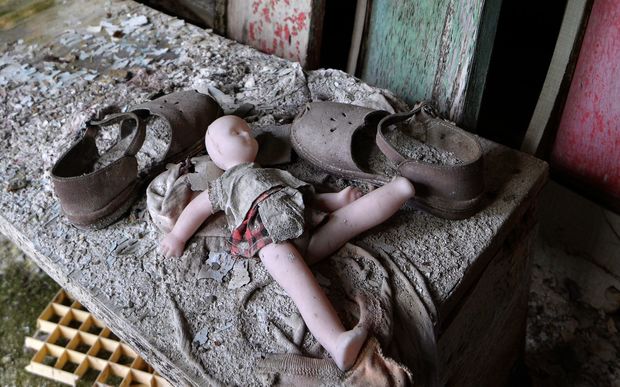 A doll and shoes lay on a bench in a nursery school of the "ghost town" of Pripyat. Photo: AFP

Three decades on and children's shoes and toys are still left in the decaying building that was a kindergarten.

About 180 mainly elderly people still live within the 30km exclusion zone around Chernobyl.

Valentina, 62, remembers the "whispers" and "fear" within the local community in the days after the disaster.

It took the Soviet authorities several days to announce that something had happened at Chernobyl. And it took much longer for the full truth to emerge.

Valentina left the area briefly but soon returned to her home near Chernobyl. Her daughter, sister and parents, however, were relocated to different parts of Ukraine. 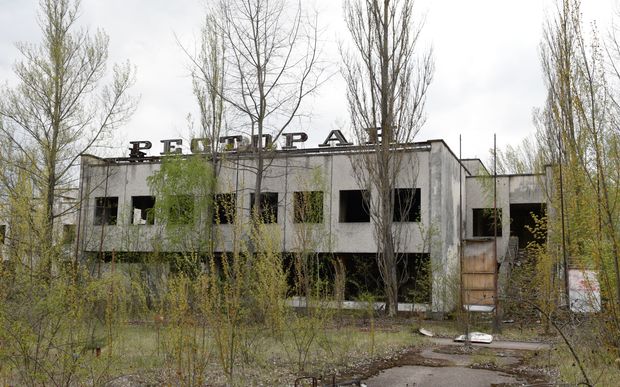 "Being separated from my family was hard," she told us. "But I don't worry about my health.

"We don't fear the radiation … for us it doesn't matter where we die."

Workers kept in the dark

Andrei Glukhov worked at Chernobyl and knew those in the control room of reactor four, whose names are part of a permanent memorial to the 31 people killed in the immediate aftermath of the accident.

The body of one man is thought still to be inside.

In the early hours of 26 April, Andrei was at home in Pripyat when he heard loud bangs.

There was a brief power cut. But even employees like Andrei were not told what had happened.

Two days later he saw the "glowing" core of the reactor.

"This was the moment that I realised that this was not an accident. It was a disaster," he recalls. 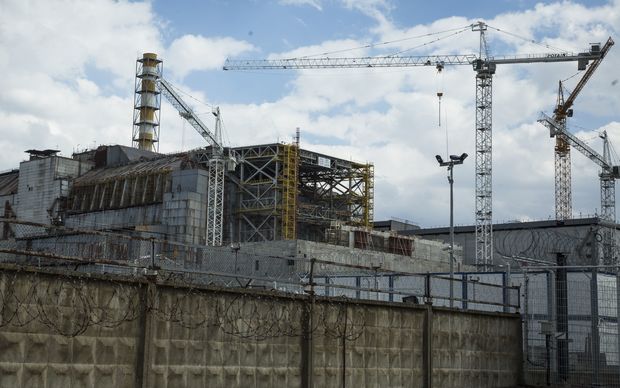 Even after the accident at the nuclear plant at Fukushima, Japan in 2011, Chernobyl retains the unfortunate infamy of being known as the world's worst ever civil nuclear disaster.

Estimates of the numbers affected vary tremendously. A report in 2005 by the Chernobyl Forum concluded that fewer than 50 people died as a result of exposure to radiation, most of them workers killed immediately after the disaster, but some survived until as late as 2004.

The forum estimated up to 9000 people could eventually die from radiation exposure - although Greenpeace claims the figure could be as high as 93,000.

The contamination spread across neighbouring Belarus and into Europe.

A concrete sarcophagus was hastily built to cover the damaged reactor, but it is is due to be replaced. 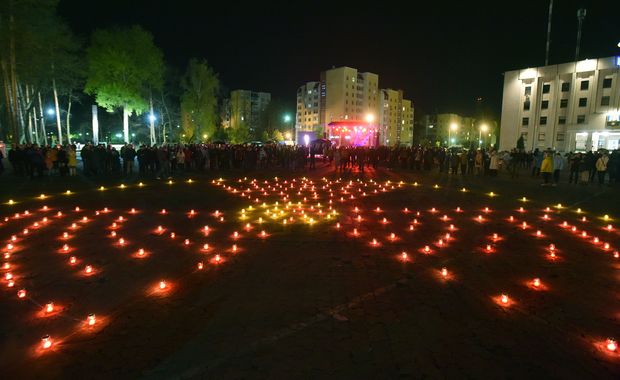 Candles are lit in the shape of a radiation hazard symbol on the 30th anniversary of the Chernobyl disaster. Photo: AFP

Chernobyl continued to produce electricity for another 14 years, until international pressure forced its closure in 2000.

Andrei is now part of an international project to build a shield-like structure, which later this year will be moved over reactor four.

Work will then begin using robotic machinery to deconstruct the reactor and the highly radioactive core.

It could take as long as 30 years to complete the project.

Even now, approximately 97 percent of the reactor's radioactive contents remain inside.

However, the other 3 percent, which spewed out following the explosion and fire inside the reactor, not only had a devastating health impact on an unquantifiable number of people, it also changed the way the world regards nuclear energy.

According to Vince Novak, head of nuclear safety at the European Bank for Reconstruction and Development (EBRD), the project's main donor, Chernobyl "had a phenomenal influence on public opinion and public and political acceptance" towards nuclear energy.

As well as the negative impact it had on the nuclear industry, Mr Novak argues it also "opened the eyes of Western politicians" and "paved the way for huge improvements to nuclear safety", particularly within the former Soviet Union.

Since then eight more Soviet-designed reactors in Eastern European countries have been closed down.

The question we all have is: could there ever be another Chernobyl?

Before the events in Fukushima, Vince Novak was "absolutely convinced" a nuclear accident on a similar scale was not possible.

Now he is more cautious.

The risks have "decreased significantly" because of technological and attitudinal changes. But, he says, there is no room for complacency when it comes to nuclear safety.