Rising carbon dioxide levels in the atmosphere have increased plant growth across the planet over the past three decades, a new study has found. 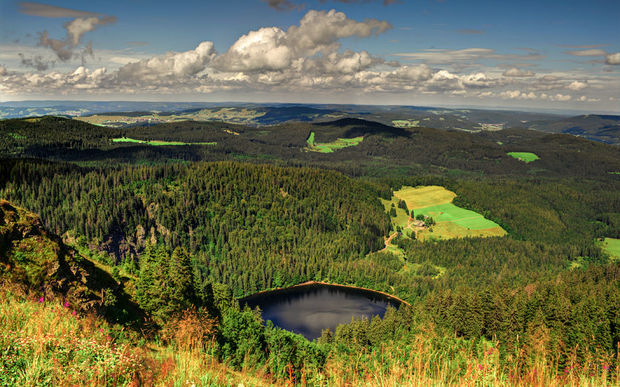 The study says that if the extra green leaves prompted by rising CO2 levels were laid in a carpet, it would cover twice the continental United States. Photo: 123RF

The most comprehensive modelling of remote sensing data so far shows the area on Earth covered by plants in this time has increased by 18 million square kilometres - largely due to the fertilising effect of carbon dioxide (CO2).

The study has been published in the journal Nature Climate Change by a team of 32 authors from 24 institutions in eight countries.

"[The greening] has the ability to fundamentally change the cycling of water and carbon in the climate system," said a lead author, Dr Zaichun Zhu from Peking University in China.

The findings come from analysis of data from the past 33 years taken by three different satellite missions that measured the green light reflected by photosynthesising leaves.

The sensors show significant greening of something between 25 percent and 50 percent of the Earth's vegetated land, which in turn is slowing the pace of climate change as the plants are drawing CO2 from the atmosphere.

Just 4 percent of vegetated land has suffered from plant loss. This included land in Mongolia, Argentina and areas of North America close to Alaska. 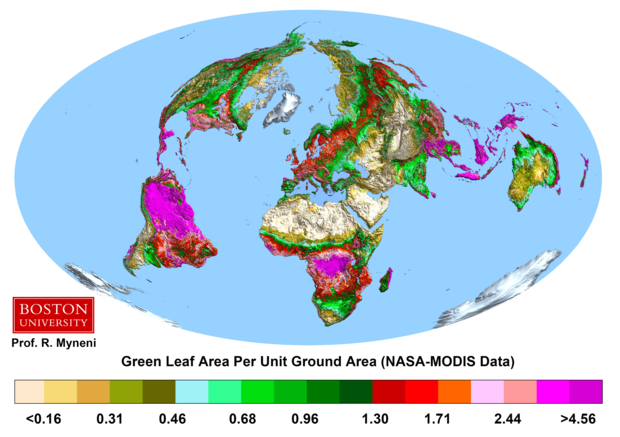 Another of the authors, Pep Canadell of Australia's CSIRO, said the remote sensing data was run through 10 global environmental change models to identify the cause of the greening.

Dr Canadell said the greening had surprised scientists given the increase in droughts associated with global warming.

The scientists say several factors play a part in the plant boom, including climate change (8 percent) more nitrogen in the environment (9 percent), and shifts in land management (4 percent).

But the main factor, they say, is plants using extra CO2 from human society to fertilise their growth (70 percent).

Harnessing energy from the sun, green leaves grow by using CO2, water, and nutrients from soil.

The authors note that the beneficial aspect of CO2 fertilisation have previously been cited by contrarians to argue that carbon emissions need not be reduced.

Co-author Dr Philippe Ciais, from the Laboratory of Climate and Environmental Sciences in Gif-sur-Yvette, France (also an IPCC author), said: "The fallacy of the contrarian argument is two-fold. First, the many negative aspects of climate change are not acknowledged.

"Second, studies have shown that plants acclimatise to rising CO2 concentration and the fertilisation effect diminishes over time." Future growth is also limited by other factors, such as lack of water or nutrients said Dr Ciais, also an Intergovernmental Panel on Climate Change (IPCC) author.

Nic Lewis, an independent scientist often critical of the IPCC, said the magnitude of the increase in vegetation appeared to be considerably larger than suggested by previous studies.

"This suggests that projected atmospheric CO2 levels in IPCC scenarios are significantly too high, which implies that global temperature rises projected by IPCC models are also too high, even if the climate is as sensitive to CO2 increases as the models imply," he told the BBC.