The killing of a Canadian hostage kidnapped by Islamist militants in the Philippines has been condemned by Canadian Prime Minister Justin Trudeau.

John Ridsdel, 68, was taken from a tourist resort along with three others by the Abu Sayyaf group in September last year.

In November, the Islamist militants released a video showing Mr Ridsdel and three other captives, and demanded a ransom of $US80 million .

Mr Trudeau called his death "an act of cold-blooded murder".

On Monday, a severed head was found on remote Jolo, hours after the Abu Sayyaf ransom deadline expired. Local authorities said it belonged to a foreign man but have not confirmed whether it belonged to any of the captives. 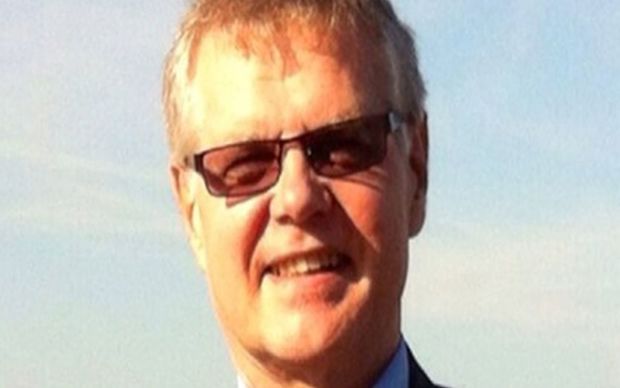 Mr Ridsdel was taken to Jolo after being kidnapped from a marina near the city of Davao, along with another Canadian, Robert Hall; a Norwegian, Kjartan Sekkingstad; and a Philippine woman, Mr Hall's girlfriend, Marites Flor.

Mr Ridsdel later warned in a video released by the group that he was due to be killed on 25 April if no ransom was paid.

The Canadian government has a policy against paying ransoms, The Globe and Mail cited a government official as saying.

Confirming the death of Mr Ridsdel, Mr Trudeau called it a "heinous act".

"Canada condemns without reservation the brutality of the hostage-takers, and this unnecessary death. This was an act of cold blooded murder and responsibility rests squarely with the terrorist group who took him hostage," he said in a statement.

"It's hard," a friend of Mr Ridsdel, Bob Rae, told CBC News. "It's just very hard. I've been involved behind the scenes for the last six months trying to find a solution and it's been very painful."

A former mining executive, Mr Ridsdel is described by Canadian media as semi-retired. He also worked as a journalist.

Abu Sayyaf was set up in the 1990s with funding from al-Qaeda, and is fighting for an independent Islamic province in the Philippines.

One of its commanders recently pledged allegiance to militant group calling itself Islamic State. Abu Sayyaf is also holding several other foreigners.

Eighteen Philippine soldiers were killed in clashes with the militants on Basilan island near Jolo island earlier this month.