A new virus that put 80 Australian babies in hospital can cause developmental delays and brain damage, leading doctors have found. 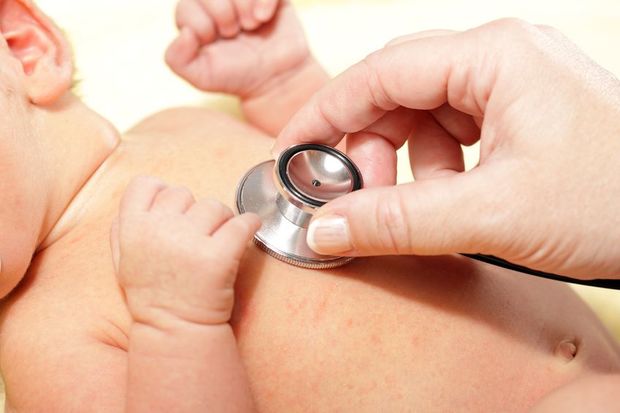 Researchers studied almost 80 babies who were hospitalised with parechovirus Type 3 in 2013 and 2014. Photo: 123RF

New research, to be presented at the Australasian Society for Infectious Diseases (ASID) Annual Scientific Meeting, found more than half of the babies who had parechovirus in 2013 and 2014, went on to have developmental problems 12 months later.

"This study is helping improve our understanding of some of the long-term consequences of infection in children and the results are concerning," she said.

In January last year an ESR team said it had confirmed what was believed to be New Zealand's first case of the virus.

Parechovirus is spread from person to person by direct contact with nose and throat discharges (including saliva, sputum or nasal mucus), droplets (sneezing, coughing) or faeces (stools) of infected people.

There is no specific treatment and no vaccine available against parechovirus.

Researchers from the University of Sydney and the Sydney and Westmead children's hospitals studied almost 80 babies who were hospitalised with parechovirus Type 3 in 2013 and 2014.

Many of the babies ended up in intensive care, with symptoms including seizures, irritability and physical jerks.

One year later, doctors found half of the children had developmental problems, including speaking and problem-solving.

Nearly 20 percent of the young children had "significant" neurological problems.

Anyone could get infected, babies at high risk

Doctors said the study highlighted the severity of this new virus.

"What this tells us is that this virus is not a simple virus that babies get over, and these children need to be followed up," Professor Jones said.

According to the NSW Health Department, the virus usually causes no symptoms, but when illness occurs it is most commonly a mild diarrhoea or respiratory infection.

The disease was identified for the first time in Australia at the end of 2013, when the world's largest recorded outbreak hit Sydney.

Health officials said anyone could get infected with parechovirus, but babies were at risk of more severe disease.

Professor Jones said the results illustrated how important it was for doctors to remain on alert for emerging infectious diseases.

"It also highlights our need to develop an adequate response, and whilst we are not anticipating a global epidemic, we can certainly be confident that we will have further outbreaks in Australia," she said.