A message in a bottle found washed up on a German beach has been confirmed as the oldest ever found.

The bottle was released in the North Sea between 1904 and 1906 and found by a woman on a beach in Amrum, Germany in April last year. 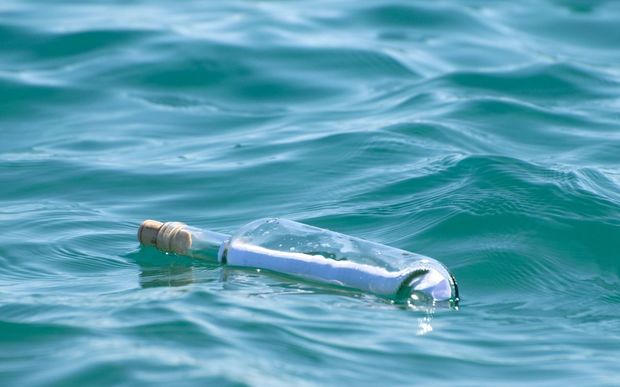 The bottle drifted on the North Sea for over 108 years (file photo). Photo: 123rf

It has been confirmed as being released 108 years, four months and 18 days before it was found.

Guinness World Records said it was one of 1000 bottles sent out as part of an experiment in 1906 by British marine biologist George Parker Bidder to track ocean currents.

Inside each was a postcard that promised a shilling to anyone who returned it.

The retired postal worker who discovered it smashed the glass and followed the instructions, sending it back to Mr Bidder, who had been dead for 60 years.

It was sent back to the Marine Biological Association in Plymouth, which paid up the promised reward - even though the coin had to be bought on eBay.

It wasn't much use scientifically, but the association's Guy Baker said it still had a special significance.

"To hold it in our hands, to know it was floating around for over than a century, in that bottle that was clearly well enough designed that it could take whatever the North Sea could throw at it."

He said there was still hope to find more of the 1000 bottles released by Mr Bidder.

The message comfortably beat the previous record, a bottle found in the Shetland Islands in 2013 that had been adrift for 99 years and 43 days.