The US military would have been within its rights to shoot down Russian aircraft that flew close to one of its warships, US Secretary of State John Kerry says.

Two Russian jets flew within metres of the ship on Monday, US officials said.

Russia's defence ministry said the Su-24 fighter jets "turned away in observance of all safety measures" after observing the USS Donald Cook. 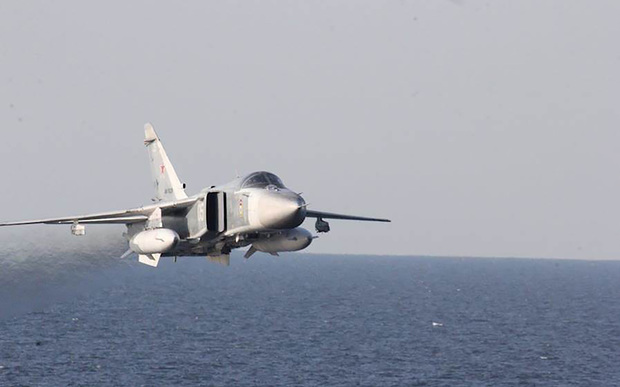 Mr Kerry criticised the gesture and said contact had been made with Moscow.

"We condemn this kind of behaviour," he told the Miami Herald and CNN Espanol in a joint interview.

"It is reckless. It is provocative. It is dangerous. And under the rules of engagement, that could have been a shoot-down."

He added that the US "is not going to be intimidated on the high seas" and that a message had been conveyed to Russia over the danger of such a gesture. 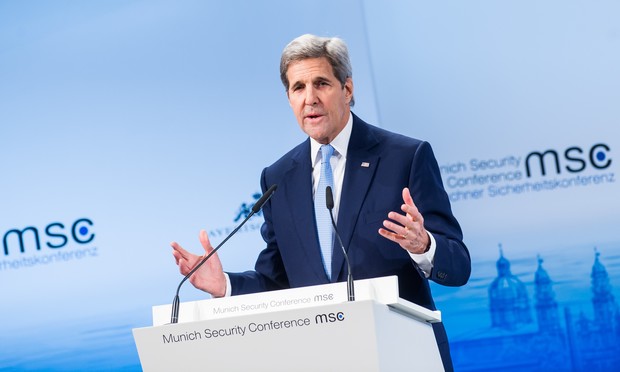 Individual Nato members' rules of engagement should clearly outline what are defined as "actions that might be construed as provocative", according to the organisation's own guidelines.

Applying those rules of engagement "requires commanders at all levels to exercise considerable judgment", Nato says.

Mr Kerry did not specify why the US Navy did not fire at the jets.

The two Russian jets flew over the US destroyer almost a dozen times, American officials said.

At one point the jets were so close, about 9m, that they created wakes in the water around the ship.

The ship was sailing close to a Russian navy base, Russia's defence ministry said.

"After spotting the ship, Russian pilots turned away from it in full compliance with safety measures.

"All flights of the Russian aircraft are in strict compliance with international rules of the use of air space above neutral waters."

The commander of the Donald Cook described the flights as a "simulated attack".

The passes were "unsafe, potentially provocative" and "could have caused an accident," officials said in a release.

The actions of the Russian jets may have violated a 1970s agreement meant to prevent dangerous incidents at sea, but it is not clear whether the US is going to protest.

The Donald Cook was conducting deck landing drills with an allied military helicopter when the jets made their passes, according to a statement from the United States European Command.

The US suspended flight operations from the ship until the Russian jets left the area.

The next day, a Russian KA-27 helicopter flew circles at low altitude around the ship, followed by more jet passes.

The aircraft did not respond to safety warnings in English or Russian.